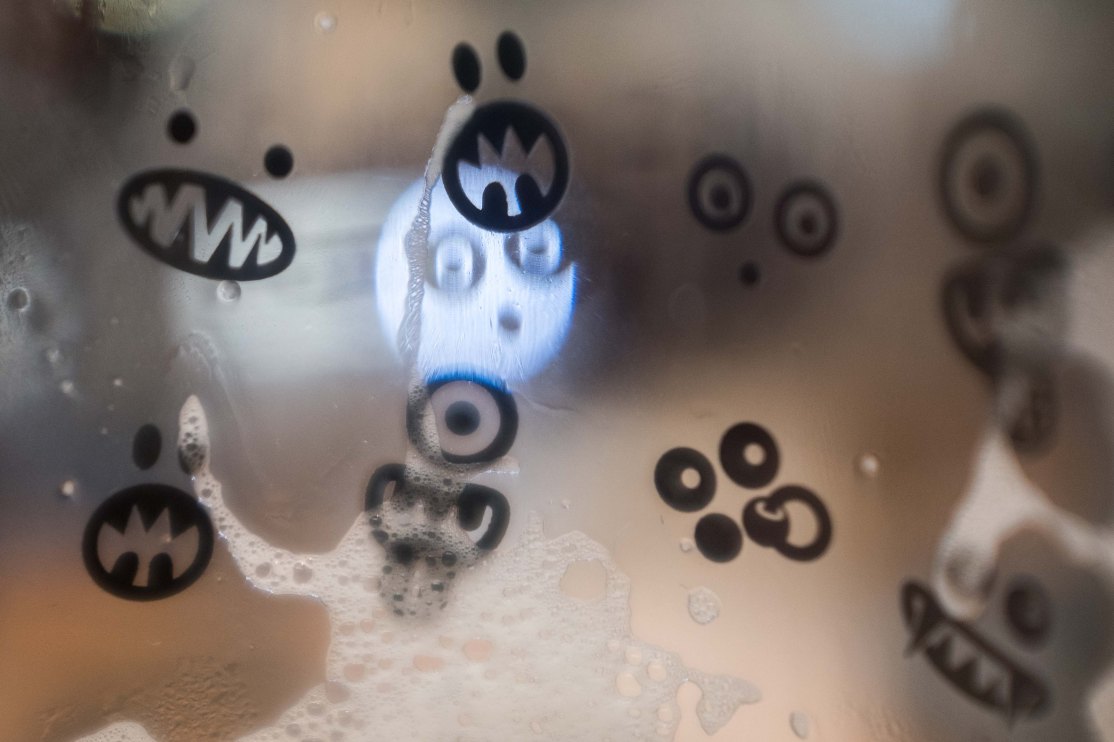 Mind you, if they really were magic they’d have shortened the walk from the station or installed some Harry Potter style transportation device. It’s not that it’s miles, it just feels like it. I’ll lay my cards on the table now. I’ve been a fan of Huddersfield’s Magic Rock Brewing for a long time and I would have walked a lot further than the half mile or so from the station out to Birkby. 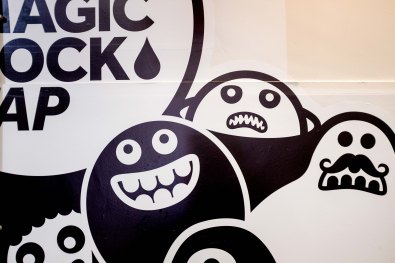 I’d heard the St John’s Road Tap Room got busy and if they ever fill all the outside seating up then they’ll be getting more folk in than Huddersfield RL get. So I was quite surprised when I purposefully rolled up at 1pm on a Saturday, only to find three other people in? Chatting with one of the many staff behind the bar, I was told that it had been quiet all week and other town centre pubs had said the same. Saving up and Christmas shopping were blamed.

To be fair by the time I left an hour later, there were close on three dozen souls in and a nice atmosphere. The clientele was diverse; couples with prams, assorted canines and children, an age range from early twenties to seventy plus, a few blokes out for a dinner time pint, people who were obviously local and regulars and, in the minority, your obvious beer tickers who had travelled, plus one lady drinking Wine. Outrageous! 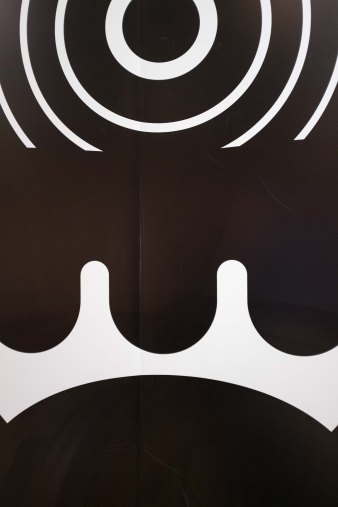 Ten keg and five cask lines with only four in operation. First choice was easy peasy. High Wire on cask. £3.80 a pint for this 5.5% West Coast Pale. Cheap at half the price and still one of my all time favourites, I don’t like the grapefruit version though. You’re not going to get it fresher anywhere else on the planet neither, and as I sat sipping and admiring the art work I was like a pig in shit, I can tell you.

You might be wondering why there’s no photos of the interior and just details of the signature artwork. That’s because, like the beer, the artwork transcends what we percieve to be normal and takes over from the decor, elevating things to a higher plane.

If you’re interested, the Tap Room is sort of edgy, industrial, in a very classy way. There’s moodlights behind a glass screen playing over the fermenters. The refectory style seating and open plan is bright and airy and at the same time ever so slightly gloomy as the skylights augment the factory style lighting. Wire screens protect the barrel ageing process going on in racks of wooden casks. There’s a self-serve cooled water dispenser in a recycled cask and several more dotted around the floor to serve as places to rest your drink upon. The toilets are superb and everything is very well appointed.

As I contemplated my next drink someone behind the bar pulled the empty cask line through and affixed a pump clip. Inhaler no brainer. They also had it on keg, the prices of which generally were a good bit dearer than the cask ales. I can’t remember how much the cask Inhaler was, you know when you get all excited and you forget things! The keg version was £4.80 a pint.

Mrs C tried a Salty Kiss and then Engine, Engine No 9, a 5.5% Cherry Cola Vice (sic) collaboration with J. Wakefield & Slim Pickens, £5.20 a pint. The tap list changed a couple of times while we were there and apart from the odd collab. brew everything was from the Magic Rock range. The top pick of the three keg beers we shared was Timequake a collaboration brew with Modern Times Brewing, 4.5% and £5.10 a pint; really tasty and the sort of beer you could gladly drink all day. I didn’t like the Cherry Cola one though, it did exactly what it said and it wasn’t really to my taste.

Last beer for me had to be Cannonball the 7.4% IPA (£5.30 a pint), only a third mind. It’s a super drink which was in the first wave of this style of UK brewing and it’s still as good as anything out there.

If your wondering why I’m not looking very happy, it was because I’d just seen the Street Food vendor outside. I’m not going to single them out. Sadly they’re all the same – too flipping expensive. Looks lovely, smells gorgeous, tastes sublime, but at the end of the day it’s an awful lot of brass for what’s effectively a sandwich? I mean you can get a whole portion of Fish and Chips under a fiver in these parts.

I’m going to own up, although they’ve been open since summer 2015, despite my love of Magic Rock beers, it’s the first time I’ve been. I guess I’m just not an early adopter? That or the fact that you don’t have to wander very far around Leeds City Centre to find a pint of Magic Rock.

Was it worth it? You bet, it’s a really nice place. What nicely surprised me was the numbers of local folk who were just using it as a pub; a nice place to go for a Saturday afternoon pint. It says so much to me about where the beer scene is in these parts. Visits to some other town centre pubs confirmed this and it was good to see.

Verdict – It doesn’t get better than this!