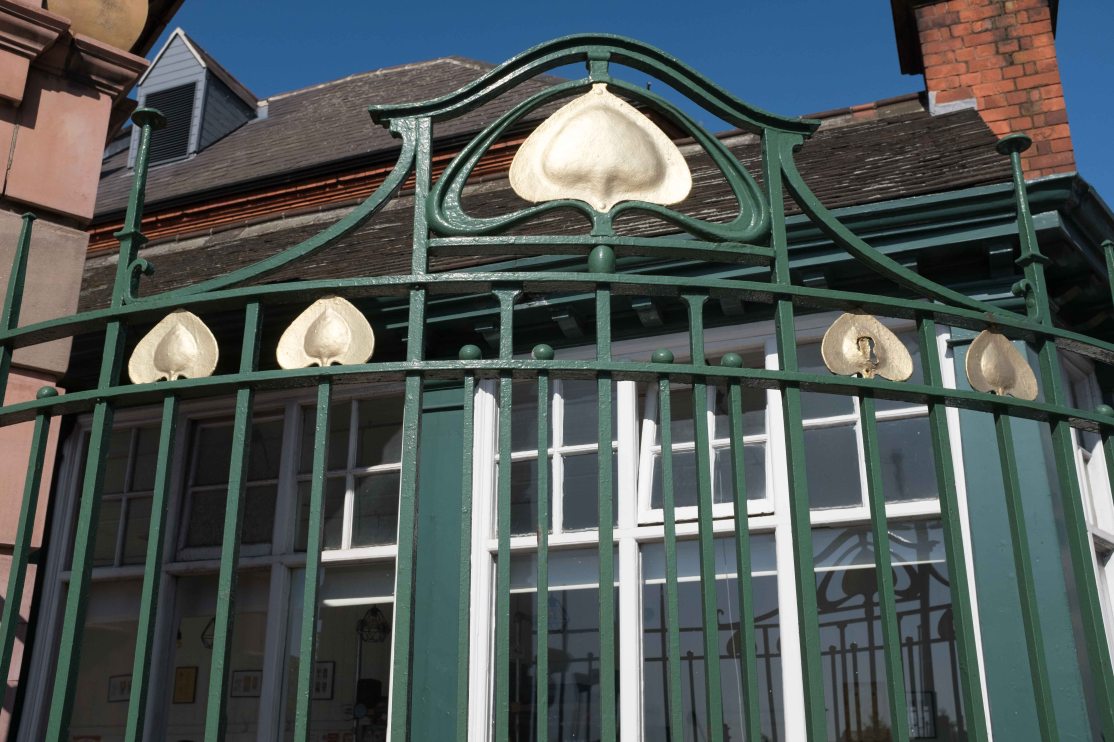 I stood examing the stylish Art Nouveau adornments on the railings around Nottingham station. Gilded, organic, cordiform leaves that wouldn’t have looked out of place on the Paris Metro. Behind them I saw this wooden boxy, railwayish sort of construction that might have been a signal box if it were elevated on a brick base.

Apparently the building is listed and was a cabmans shelter once upon a time. Now it’s the Nottingham branch of Beerheadz, the others being in Retford, Grantham, Lincoln and soon to be Melton Mowbray. The Beerheadz company is headed up by a guy called Phil Ayling who operates out of the well heeled village of Collingham, near Newark. 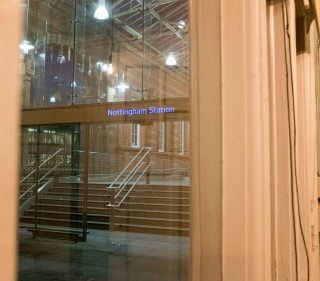 It’s not very big inside, but you can see why it’s listed, everything just screams railway at you, even the very clean, single, shared WC with it’s antwacky fittings. The only additions  a bit of bench seating in one corner and some tables and chairs, including a few of those tall jobbies.

I hear a lot of people moaning about these tall tables. Personally I like them, these ones anyway. If you sat lower down you wouldn’t be able to gaze out of the windows at the passengers streaming in and out of the eastern entrance to the station. They are functional too, as they were fixed opposite the bar, preventing the inevitable table and chair spread which would have cluttered up the bar area.

I don’t particularly mind the ‘posing tables’ that others moan about neither. Okay they’re not traditional, but neither are 19th century pub interiors, they too were once new and revolutionary, things move on, like it or not. I mean, they once had a man walking in front of every motor car with a red flag, maybe some folk still do?

Outside there is a small seating area, and a notice prohibiting customers standing outside. I asked if I had to crawl on hands and knees in and out of the stream of visitors to the station to reach the tables? Apparently carrying your beer out is acceptable, but you are not allowed to drink standing up.

I asked who they’d upset and was told 1 person complained that granting the licence would lead to hordes of vertical drinkers blocking the station entrance. They never turned up at the hearing. There might be a point though, because the little hut can only hold 36 people and the more timid are easily put off by a crowd of drinkers stood on a public thoroughfare.

This was my best pub in Nottingham by far, on this visit and to all you GBG led pub tickers out there, is a definite pre-emptive tick. It’s only been open since December 2017 and in April 2018 was accoladed as Nottingham CAMRA Cider Pub of the Year. The other branches have received similar CAMRA awards in their own locality.

In fact Beerheadz was that good we visited it twice. Once in the afternoon, then returning for the last half hour. I was impressed with the beer range and quality NBSS 3.5 – 4 and nearer to 4. Although the four cask beers changed over a gap of six hours, there was a dark beer on, something a bit different and something to suit the mainstream taste on each visit. 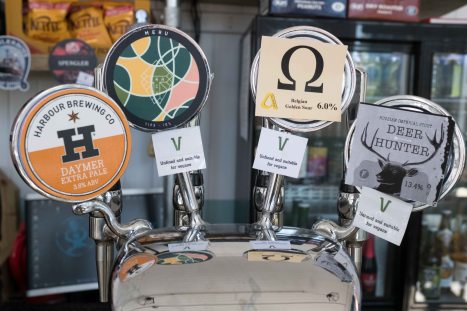 On the first visit I had a pint of Hawkshead ITI. You just can’t go wrong with Hawkshead and everywhere I know who stocks it will tell you it just flies out. It’s that brand of modern brewing that still appeals to the traditionalists. Mrs C went for the Harbour Daymer Extra Pale. I quite like the progressive Harbour brewing beers too, although almost feel obliged to point out there’s no Harbour in landlocked Bodmin, and pretty Daymer Bay, a haunt of Betjeman for so many years, is a good 15 miles or more from the brewery.

We chatted with a really nice local couple returning from some sort of Rugby match. He didn’t say who they had been to watch, but I lost interest on learning there had been 15 players per team on the pitch. He did however tell us an awful lot about the local pubs, and we had a proper natter about not much in particular. It’s always nice to bump into friendly people in new places, even though his parting shot was an underhand dig at Rugby League. 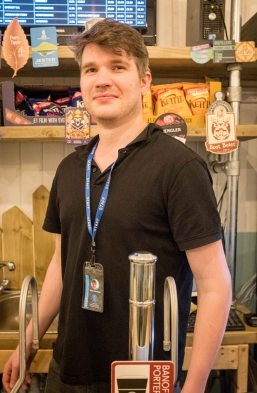 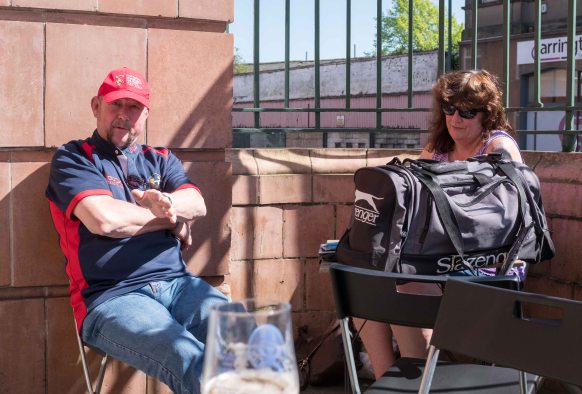 On the second visit, the Harbour was a repeat order for Mrs C, whilst I tried the Box Social West Coast Pale which was unfined and unfiltered, sumptous, hoppy, almost peppery, and murky pale yellow orange in colour. It definitely wouldn’t have suited anyone who has a man with a red flag walking in front of their car, but I loved it.

Just to prove I’m not just a hophead I had a half of Ashover Victorian Ruby Mild which was one of those old fashioned recipes and also bloody lovely. Mild (in terms of hops) but Strong at 7% and a proper beer to my mind.

We sat chatting to the guy behind the bar, who proved to us what a small world it is. Turns out Beerheadz manager Greg Downing is brother of James Downing the well known manager of North Bar in Leeds. As soon as he said it, I realised he was, apart from a beard and a couple of stones lighter, the spitting mage of his brother. Text messages of myself and Mrs C waving to James were exchanged and all too soon it was last orders and time to go.

Verdict – Firmly in the category of ‘very best of micropubs’. Although I visited some decent boozers in Nottingham, nowhere got near to this in terms of the beers they had on.