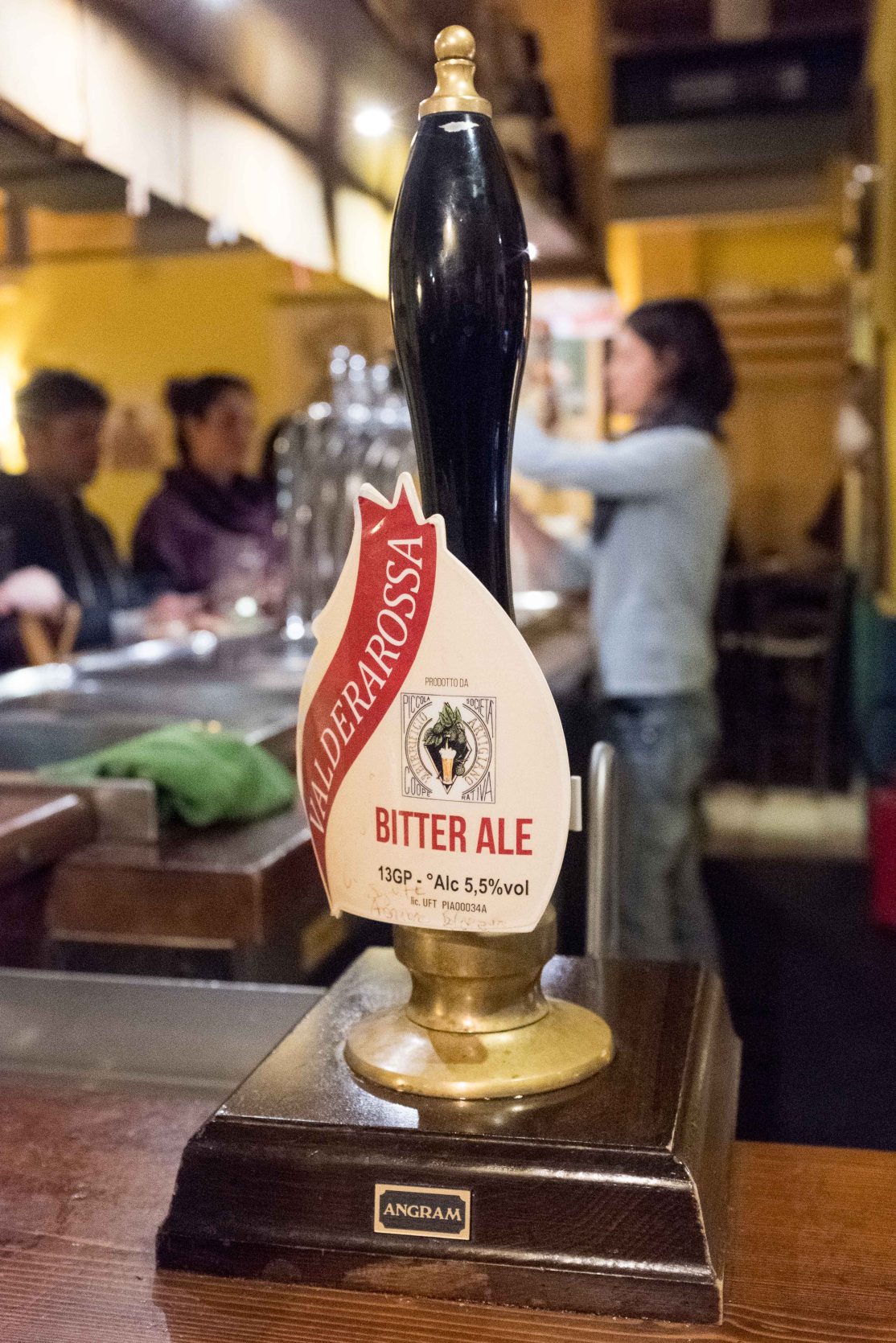 Last thing I expected to see when I walked into a bar in Italy, an Angrams beer engine and the words ‘Bitter Ale’ emblazoned across the pump clip.

Maybe it’s an omen, maybe the CAMRA nay sayers are wrong, and brewers of keg beer don’t naturally progress to fobbing off keg after keg of Fosters and John’s Smooth on us.

It’s 7.30pm mid week, in downtown Pisa and the breweries eponymous bar and tap room is heaving. We only just managed to get seated at the last empty table. It took an age to get served, folk were three deep at the bar vying to get served and fighting to get their hands on the endless supply of Crostini.

It didn’t take me long to suss out there was no need to go to a restaurant for a meal, just fill your boots because as soon as one tray is gone the in lady in the kitchen whacks another one on the bar, all different toppings and yummy. They even supply paper plates on which to carry away the spoils.

Downside? ‘Looky Looky men’, everywhere, including in the bar, trying to peddle their cheap tat. One of them came to our table, he said he’d come from Somalia two years ago. He wished he’d never bothered. I didn’t ask, I knew he wouldn’t have heard of Dick Whittington, but he told the same tale, and anyway, they wouldn’t pave the streets with gold in Pisa, it would be that pearly white marble they’ve used on Cattedrale Metropolitana Primaziale di Santa Maria Assunta; shame they didn’t get the bell tower just right.

It wasn’t just Africans neither. There was a grumpy Jock sat the bar who didn’t want to be photographed, seems wherever you go there’s always an ex-pat sat at the bar, and they’re always sat at the bar aren’t they? I didn’t bother asking what he was doing here, he didn’t seem up for chatting.

Right, lets get onto the beers then. Wombat IPA (pictured), 6% but didn’t taste like it, obviously unfined, hoppy, bitter, very pleasant and refreshing and very well made beer. It didn’t matter which beer you drank, the prices were all the same. This seemed to be the case in a lot of the craft beer bars, but not the mainstream ones. A Piccola (small one) was €3.30 and a Biggola €4.10 or €4.30 for the real strong ones. 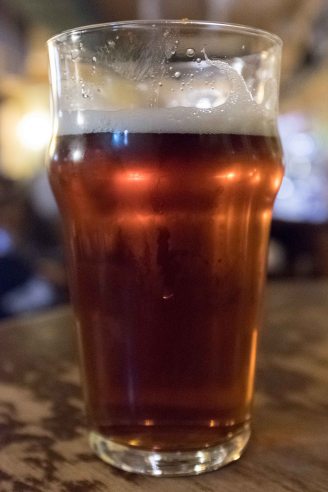 Obviously there’s no such thing as a Biggola, essentially its a pint, but really it’s 50cl and the Piccola 30cl. I did hear the 0.5L sizes being called pints, here and in other cities and the Valderarossa (pictured) actually came in a UK pint sized Nonic. I told her I was going to complain to CAMRA who would never put up with oversized measures like that. After an eery silence that lasted a good 30 seconds, she leaned over the counter and quietly told me never to mention Camorra in her bar ever again. 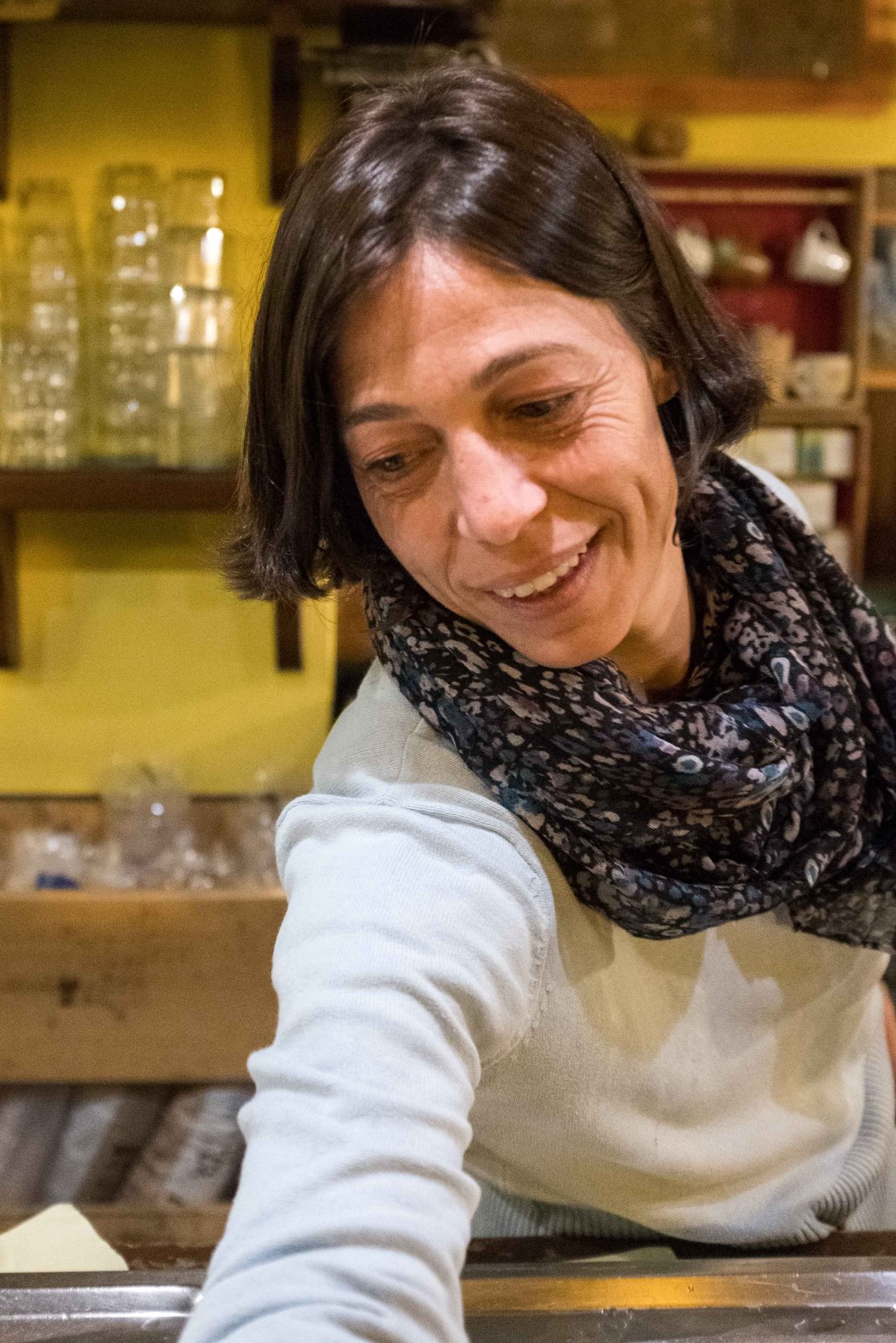 Valderarossa is best described as an Italian take on BBB. A modern take, malty, bitter, a touch peppery and a slight hint of chocolate. The nearest I’ve had to it is Northern Whisper’s excellent Blighty, and isn’t that a slightly Italian influenced beer anyway?

Or is it a Red Ale? You can see from the picture that their bitter is slightly red in colour and as clear as a bell. I couldn’t find out whether they had used finings here. It wasn’t that the lady behind the bar wasn’t helpful, it was just that her English, my Italian and the fact that she was rushed off her feet made discussion a little tricky. I did ascertain that all the draught beers in the bar were made by Orzo Bruno who had been brewing for fifteen years and all their beers were unfiltered and unpasteurised.

I also found out that Dr House was the same as the Strong Ale, in every way, apart from it had been fermented with Abbey yeast strains. Other beers were Montemagno 7% and brewed with Honey, Gorgona a 7% double malt brewed with Munich & Pilsner malts, Makiensa a 4.8% blond and Martesana 5%. 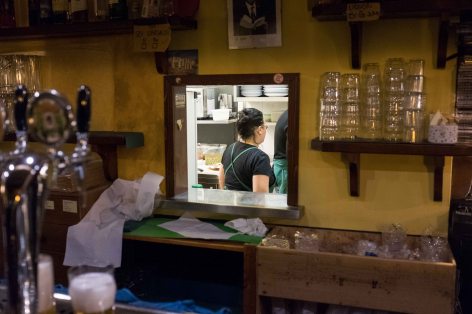 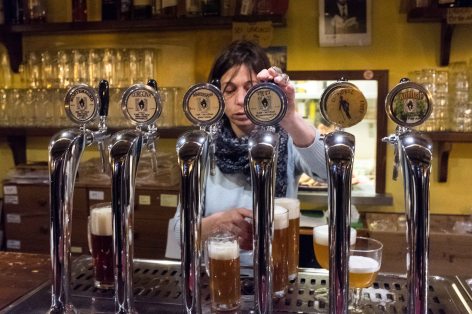 All the beers we tried were very good, the only connection between them all being the agglomeration of styles from all over Europe. Like, the beers brewed with Pilsner malts weren’t Pilsner styles, the Bitter wasn’t typically English Bitter, but borrowed from it, and everything was brewed in their own style and interpretation rather than in imitation. I like that.

Mind you, they had got the service right; queue, order, get served, pay, simple! Better still, I liked the baffles in the ceiling. Orzo Bruno is in exactly the same style of building as the shop next door, as are a lot of British Micro pubs and café bars who would do well to install similar baffles to stop the rattling din the acoustics make. Oh, the music was pretty cool too, Someone’s just come looking for Jimmy Jazz, Jazz, Jazz, Jazz …

Overall Orzo Bruno was well worth the visit. The ambience is very much UK pub/bar based than a European café bar and the beer is quite excellent.