The Black Swan Pickering via Istanbul! 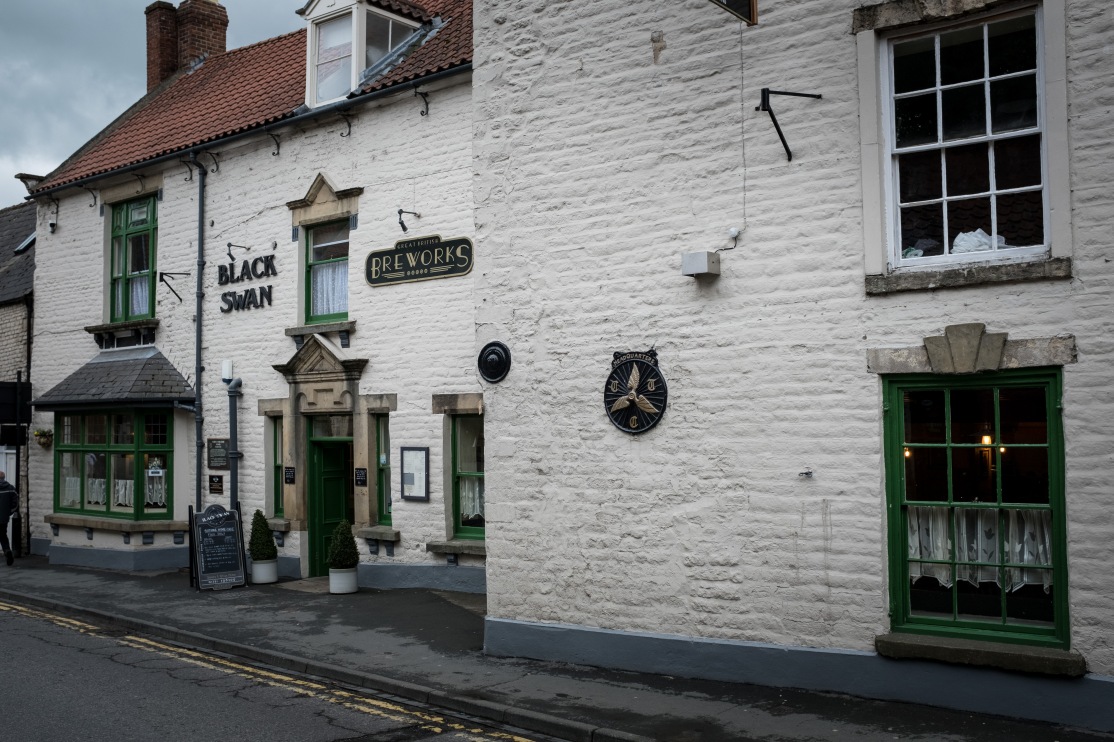 The second surprise Mr Stredwick pulled out of his bag on his Brewtown Tours adventure to Malton and Pickering was The Black Swan Inn, Pickering. Okay, we’ve all been to characterful seventeenth century inns in quaint market towns. We’ve all been to brew pubs as well. The difference here, along with the other locations on the tour wasn’t as much the place, it was the people.

Admittedly, the pub was very nice. The food the tourists from Houston, Texas were eating looked good too, a little bit more sophisticated than your average pub grub. The nine letting rooms sounded very comfortable, dog friendly, and what a base for a beer tasting weekend. You could walk to Cropton Brewery, although I wouldn’t gamble on getting a taxi back in these rural parts, unless booked well in advance.

Getting back on track, I mentioned people, nice people, friendly people, interesting people, the people behind the venture, and what a story;

The history of the pub sounds a bit like it’s come straight out of Roger Protz’s new book; Historic Coaching Inns of the Great North Road. Opened in 1740 as a coaching Inn, and as many pubs were, being used for many different things; assizes, undertakers, meeting rooms. Notable guests include Charles Dickens and Rex Whistler. Eventually the old place ended up being a bit of a run down John Smith’s house before being bought by Jill and Phil Hall in December 2014. 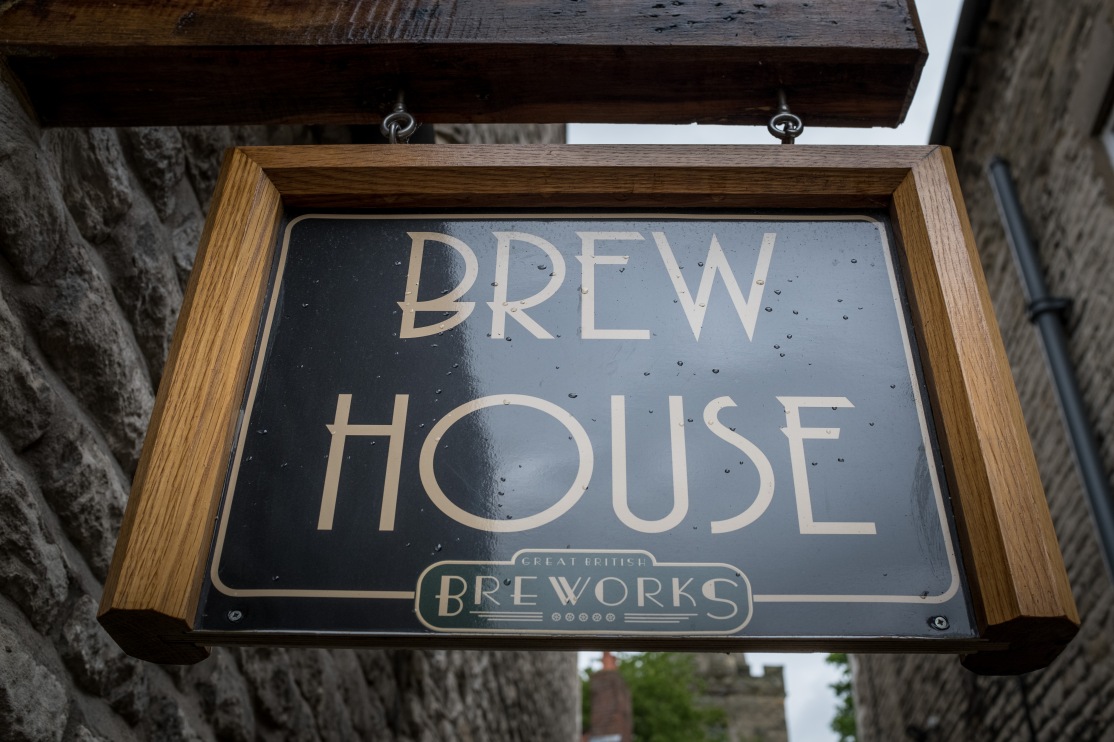 It’s their first venture into the pub trade, but the family are no strangers to brewing, a story which unexpectedly starts in Turkey. Phil’s background is in the petrochemical industry and a few years ago he had the opportunity to go and work for a Turkish company, taking Jill and their family out there with him. While they were living in Turkey Phil started to dabble with home brewing and his products became popular with both ex-pat friends and the local community, who were queuing up at his back door for the beers he was making on his 50L set up. Particularly popular amongst the Turkish home brewers were quality grains and other brewing sundries which were in short supply locally. Phil imported everything he needed from the UK, despite the punitive import taxes and conditions which meant he had to be creative when it came to sourcing his yeast; nothing a friendly UK driver on a regular trip couldn’t sort out though! The step from amateur into commercial brewing was precipitated by a buy out of the company Phil worked for, effectively making him redundant.

When you talk to Phil, it’s pretty obvious that nothing is too much trouble, he’s got a real ‘can do’ attitude. There’s a lot of people who would never dare move out of their local area, never mind move to a foreign country. There’s probably even fewer who’d then set up an entirely new venture in said foreign country. But, that’s what Phil did when he set up Bosphorous Brewing Company in 2012 and developed it into a viable business selling 2,500 pints a week. Although the brewery is now run by new owners, Phil still retains a 50% share of the Turkish outfit. 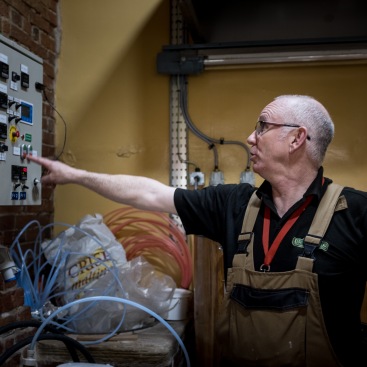 Although Phil’s son Tristan is the brewer, it’s clear that Phil still has a lot of enthusiasm, passion and pride. Well, you would do if you’d built, modified and fitted out all the equipment in the two and a half barrel Breworks Brew House. Being housed in an old stone built laundry really gives it a feeling of a traditional old fashioned brewery in miniature. As well as the pubs own consumption they also send beer to a few other local outlets and after six months brewing they are already considering up-scaling; something that would require a move to larger premises. If you’re wondering why there’s only a mention of Tristan, it’s because I didn’t meet him as he was unavoidably engaged elsewhere. Phil said he’d taught him all he knew anyway!

The proof is in the pudding … they always say. So what did I think? As part of the Brewtown Tours experience you get at least three beers at each location. The first one down the hatch at The Black Swan Inn was Breworks Lager, a tasty, slightly hazy ale crossover type Lager which Foster drinkers wouldn’t appreciate and I quite liked. The Coal Porter (4.9%) was also very nice, dark and very easy going. The star act had to be the 6% Double Header, a non core range, Doppelboch style beer Tristan had developed, which I could have stayed and drank all afternoon. Malty, tasty, and well balanced, so much so it didn’t taste like a 6% beer. As well as their own beers, they have nine cask ale lines in total including other local brewers which on my visit were; Treboom, Helmsley and Yorkshire Heart.

As well as the beer side of things there is a weekend cocktail bar thing going on in the yard outside, Whistlers a separate, intimate and cosy little place with Gins and Breworks IPA on tap. Again, a product of in house design, ingenuity and quality, something that runs through the entire operation.

Overall, I was pretty impressed with my visit to The Black Swan Inn, the people, the beer, the experience, and again full marks to the diverse and interesting choice of destinations from Brewtown Tours.

Verdict: Will be returning, staying overnight with Mrs C, visiting Cropton and the several other pubs that are well worth a visit in Pickering. Coupled with a bit of walking and sightseeing this is a good beer related weekend you could easily get away with if the other half was a bit picky.