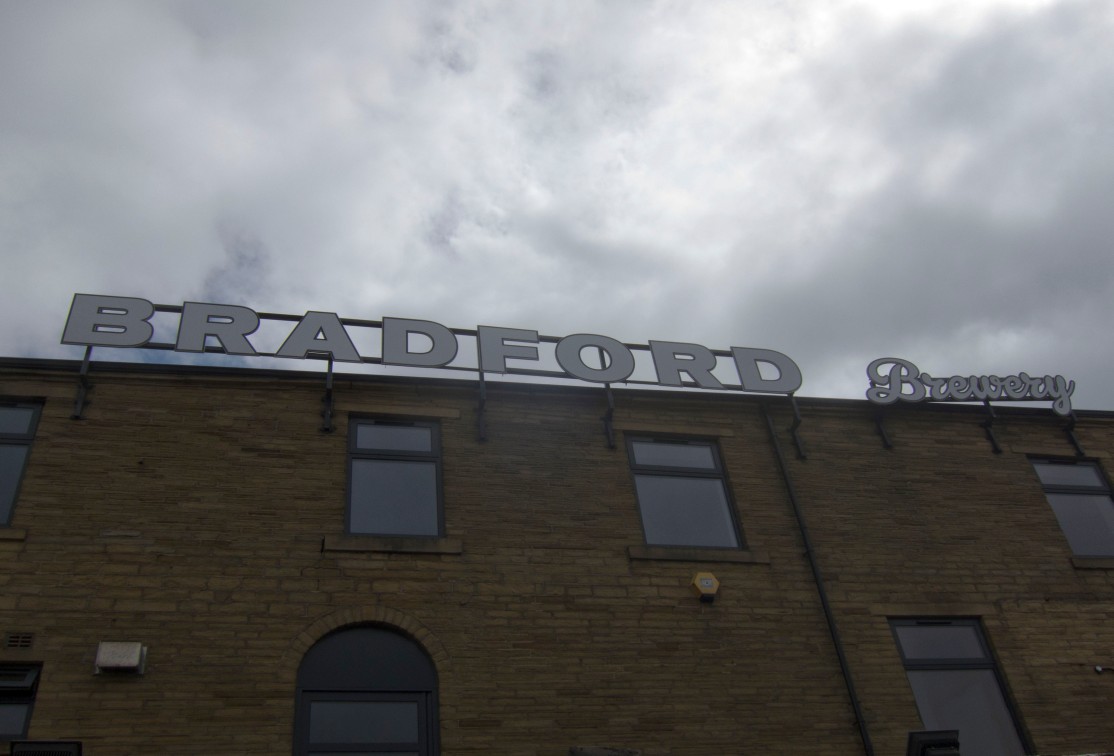 Bradford Brewery Tap, is one of the newer venues in the city, apparently. Only a short walk from North Parade, it’s housed in quite a sombre, almost severe looking building that is totally the opposite of some of Bradford’s finer structures.

Inside it wasn’t sombre at all, owing to a very lively Spanish Fiesta going on, the presence of which begets a further visit to ascertain the normal feel of the place. I will however continue to describe the shenanigans going on, both inside and outside the venue.

The very friendly bar staff explained that a good few of the regulars are Spanish people living in BD, who had just returned from the Pamplona festival and were now having a Pamplona after party in Bradford Brewery Tap. Hence, nearly 90% of the over 100 customers were dressed in white shirt and kecks, resplendent with red neckerchief and sash. It took little more than five minutes before all six of us were also similarly decked out. If anyone was unsure of the exact location of Pamplona, then the numerous berets and moustaches were a big giveaway regarding the Basque roots of this fantastic celebration.

I was fairly sure that the ‘Bull run’ from the pub down onto North Parade and a pub crawl thereafter, didn’t include a real bull, especially after seeing the poor bullfighter gored last week on TV. Thankfully, following the firing of a maroon, it transpired the bulls were really four guys with a novelty horns and red paint plastered all over their hands to mark any kills. It really did put a different perspective on the old enemy, aka Bradford’s Championship Rugby League team. I sincerely hope they get back to the Super League next season, a place they genuinely deserve to be (I hope we will stay in it too!).

Inside the pub there are two rooms, one with the bar in and another where you can actually see the brewery through a glass screen. Toilets were up some very steep, almost dauntingly steep, stairs, but were of good quality. There was some striking and humorous art work going on but I didn’t see much evidence of The Pieminister connection the website mentions, probably because of the fiesta going on and much Spanish food and BBQ preparations on the go. Surprisingly, there seems to be little evidence of Bradford Brewery Tap on The Pieminister web site neither, so I am a little perplexed here. 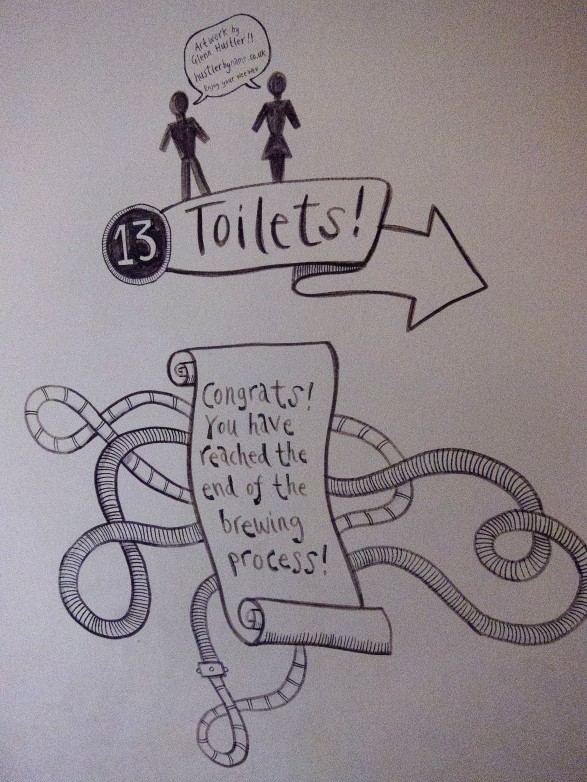 I hadn’t tried any Bradford Brewery ale before and three of the eight hand pumps had their brews on. Rock against Racism (4%) was a nice dark amber colour but disappointingly the head started to split and cake on me. I’m going to put this down to glass contamination or something because the beer tasted nice and was otherwise on top form. Hockney Pale (3.6%) was an entirely different drink and got top marks in all categories. If I’m honest, I preferred the similarly styled Great Heck Brewery Mercy (4%), entirely on taste and flavour. The star of the show turned out to be Bradford Brewery Wit Rose (5%), billed as a hazy summer wheat beer that was tasty without being too intense and I could have gladly supped it all day, even at 5%.

To be fair, our expedition of Bradford stalled a bit here, owing mainly to the Basque thing going on and everyone just enjoying themselves in the sunshine. I would like to come back to Bradford Brewery Tap another time to gauge the atmosphere on a non Spanish day and have a chat with the staff about their raison d’être, when it’s quieter.

Verdict – Looking behind the excellent fiesta atmosphere, I think this is a really good ale house that requires further evaluation. Sadly as the posters said – the fiesta is for one day only! 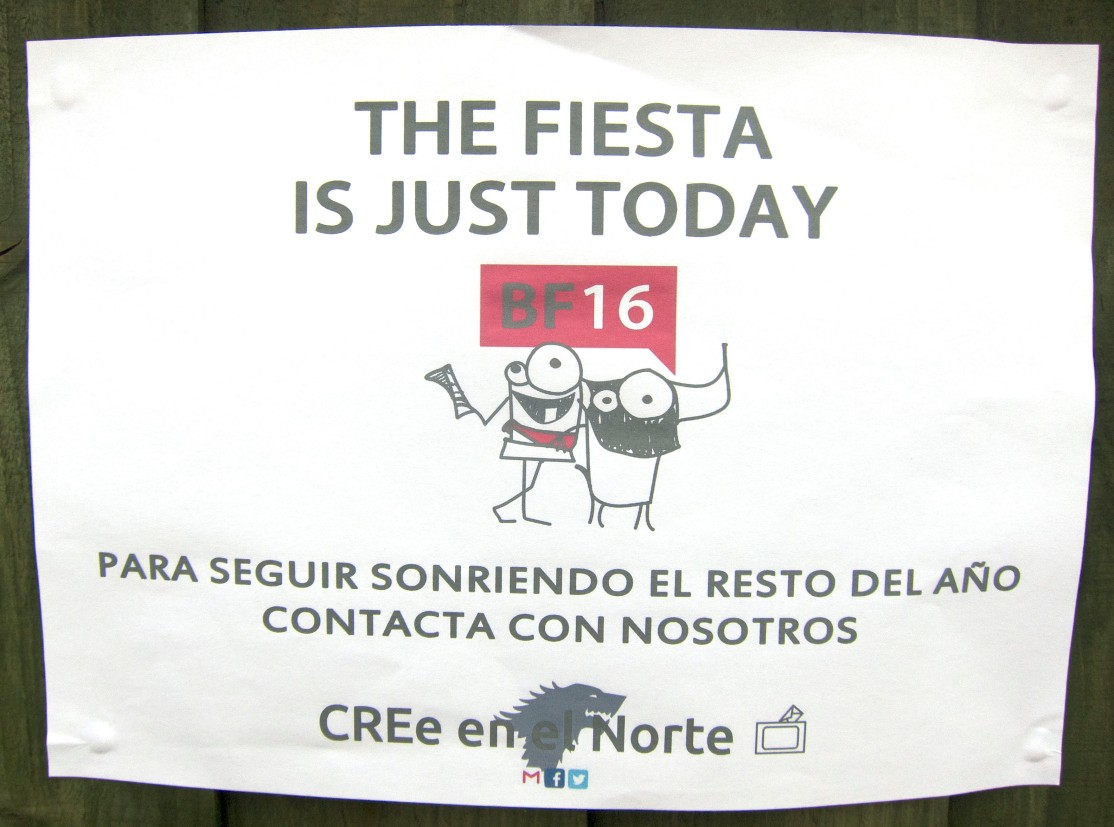