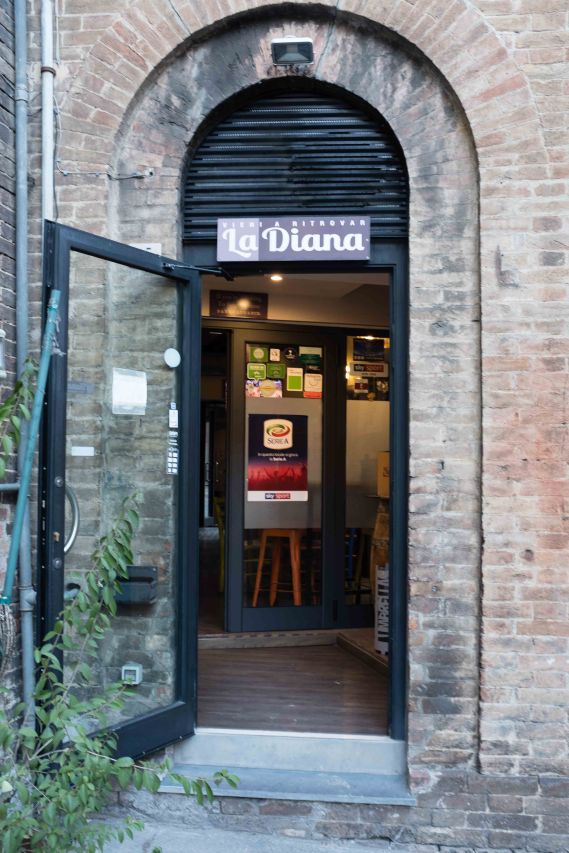 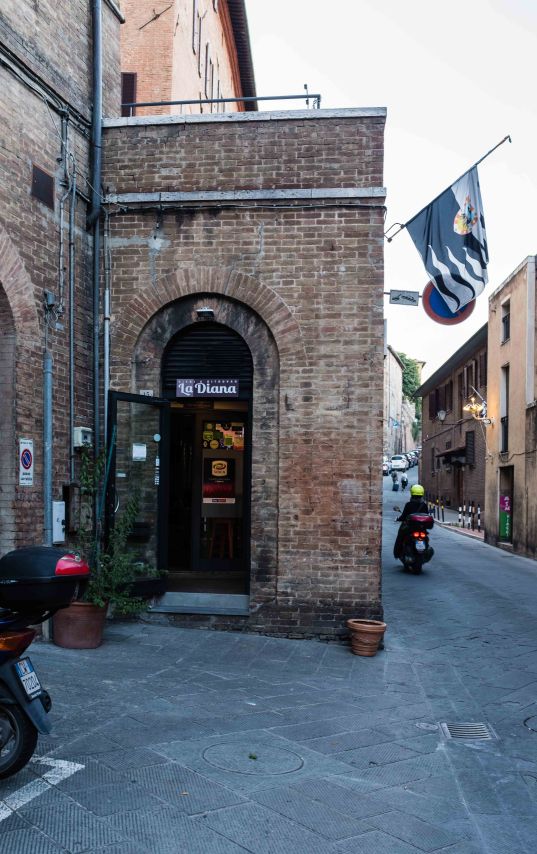 It’s no place for old men (or women) and Siena’s ‘on top of an upturned pudding basin’ geography might account more for the health of the population than the Mediterranean diet. Anyway, I walked up the long hill into the medieval city to La Diana, which is, as far as I could ascertain, the only craft beer bar in Siena.

Okay, you can get bottled birra artigianale (craft beer) in a lot of restaurants, or stumble on a café bar with a couple of birra alla spina (literally, beer from the plug) dispensing draught non-mainstream beers. The main difference being the Italian craft beers are all unfiltered, unfined and not pasteurised.

La Diana is very much the sort of bar you could find in Leeds, Manchester, London, Bristol (insert your own town/craft beer bar here), as opposed to the traditional Italian style bars. They even play English music, Marillion mostly, as that was one of the barman’s favourite bands. Strangely, he was quite impressed we’d heard of the Aylesbury neo-progressive rock band and couldn’t believe it when Mrs C named Fish, the original lead singer. 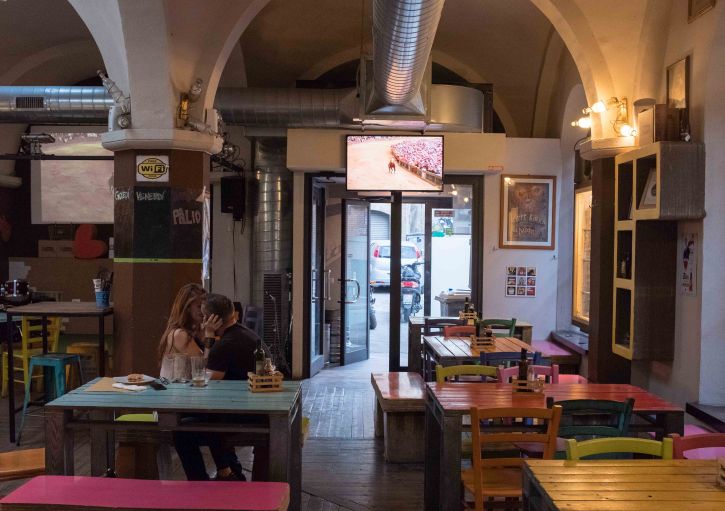 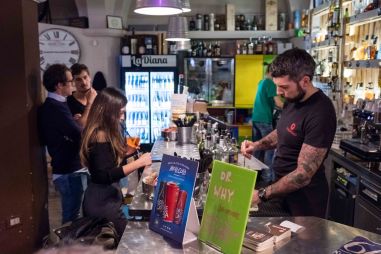 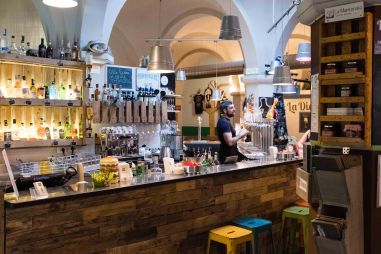 In terms of a lingua franca, Italy is a strange place. Sadly, my command of Italian is piss poor and the Italians fluency in English is either perfect or like my Italian. Hence the ad hoc translation means my Italian posts may not be entirely accurate and I have to rely on post posting corrections from my Italian Beer expert and friend, Mr Andy Grant.

If you venture to La Diana be careful of the Wacky Races, scooter racing alley outside. The length of the traffic light controlled one way section means the massed mopeds have to go hell for leather to reach safety before a bus legitimately comes the other way and it’s all an angry buzzing cloud of two stroke fumes.

Inside the old factory it’s minimalistic, with everything organised around the L shaped bar. The TV always seemed to be on and when there’s a big football match on every table is pre-booked, although at other times business is only steady. Fair play to them, if you pre-booked then you had to eat, mainly a gourmet burger style range. In terms of beer, there’s nine draught lines, plus a bottle fridge, including Wadsworth’s 6X. 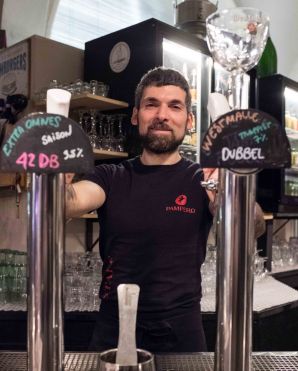 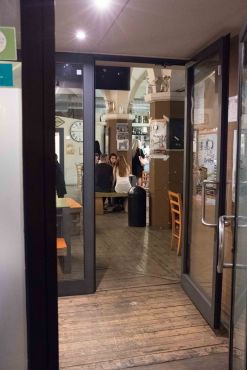 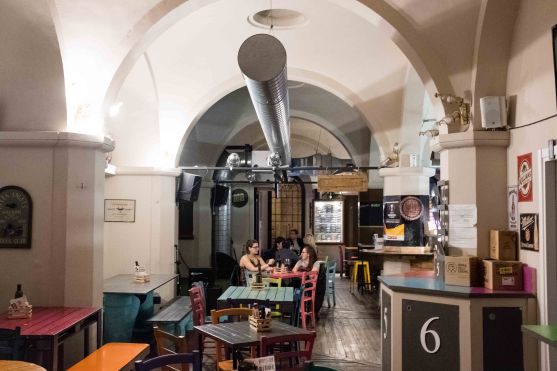 Two of the lines were from their own Diana brewery which operates just outside the city centre. Their own la Straordinara (5%), brewed for the Extraordinary Palio to commemorate the end of WWI was a pale ale infused with Verbena.  The Palio di Siena, or Il Palio, is a famous horse race, that has to be seen to be believed, run around Il Campo, a medieval square in the town. A traditional song tells of the Verbena growing in Il Campo, hence the infusion.

I’ve spoke before about Italian brewers seemingly being influenced by everyone, and no one in particular and this strange infusion actually worked. The other permanent line was their accoladed Ester an 8% Tripel.

The other Italian artigianale beers included a 3.5% Saison from Extraomnes and three from Almond ’22 a brewer from Pescara. I thought the Almond ‘22 beers were excellent. I’m not entirely sure what the Pink IPA was? It wasn’t pink. I though it might allude to pink grapefruit? It wasn’t overly grapefruity. I later read it’s pink peppercorns (not actually pepper corns). There was a slightly spicy note, but overall the beer was just really drinkable.

On the other hand the Almond ’22 Boogeyman Imperial Porter has some green peppercorns thrown in, not so as you’d really notice to be fair, it was more coffee and chocolate. The only downside to this, darker than the tar coloured coffee in our hotel, porter was it’s close on 9% strength. 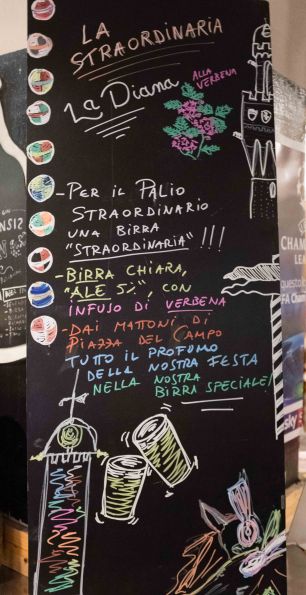 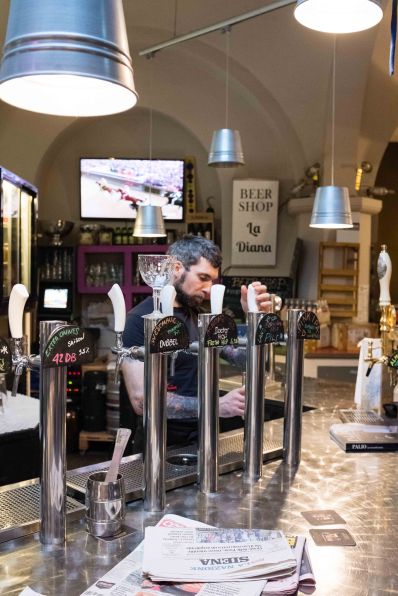 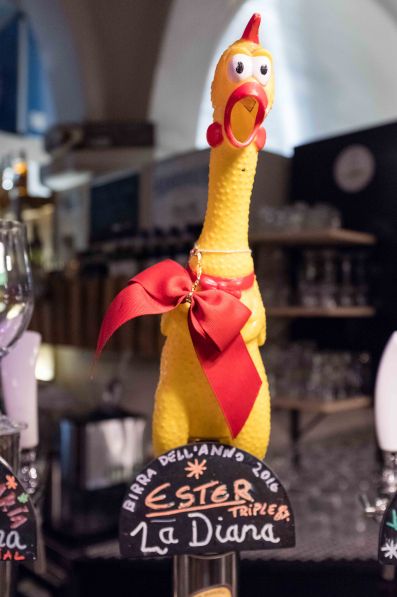 Doctor Hop (4.9%) was the other Almond ’22 beer. It said ‘Fresh Hop’ on the pump clip which may mean it’s a different edition to the usual bottled beer? The fresh green, almost herbal taste told me they had used green hops and it was so fresh the bar man really struggled to pour a full 40cl into one glass.

From farther afield there was a 5.4% Hefeweizen, Kapuziner (Kulmbacher Brauerei AG), and a 5.3% Pils (their denotation) 1857 Land Bier which I think must be Bayreuther Aktien Original 1857  and Westmalle Dubbel. Prices were €3.5 for a small beer and €5.8 for a medium one 40cl; effectively not quite a pint in a pint glass, but portion control was variable, depending on how much the beer fobbed.

Over a long weekend I saw three kegs changed. Interestingly, one that came on was a Wold Top Coastal Series 3.9% Bitter, which I’m surmising is the Wold Top Coastal Series 2? I didn’t know Wold Top did key-kegs, nor ship to Italy. Fair play to them, and although there’s nothing wrong with their beers, they’re hardly scintillating, which begs the question as to why I’ve not seen other cutting edge UK beers on sale in Italy?

Maybe I haven’t travelled far enough across the country to asses this properly? I will do, so long as Mr O’leary keeps the £35 return tickets from Leeds Bradford coming.