Or should I re-define the question and say how far can a pub deviate from the micro pub association definition and still be a micro pub. Or does no one give a toss, so long as the premises in question are a) pleasant and conducive to drink in and b) serve decent beer?

A Micropub is a small freehouse which listens to its customers, mainly serves cask ales, promotes conversation, shuns all forms of electronic entertainment and dabbles in traditional pub snacks – copied from micropubassociation.co.uk .

I could add c) take your wife, mother and daughter and d) all the criteria, a) to c) are fulfilled to the satisfaction of all concerned.

In the case of the Doghouse in Weymouth all of my boxes were ticked, and more, because it’s got free wi-fi, cunningly rigged up to ensure you ‘Like’ their Facebook page before you get online. It’s also got wine, mead, cider, Gins, Rum, Liquors and a reasonable fridge full of bottles and cans, including Belgian classics. And real ales of course.

I did wonder how the good people at the micropubassociation.co.uk feel about this? Or is their original definition just an out-moded tag line now, and anything goes so long as it’s smallish and beery leaning? I mean, how do these people expect us beer tickers to submit NBSS scores or go on Untappd if there’s no electronic stuff allowed?

I’m not sure what I thought of the Doghouse when I first went in, thankfully there were numerous notices apologising for their dishevelled appearance, telling customers they are a work in progress. Over the space of a week I watched the peeling paint at the back of the bar transform itself into first a bare wall and then into a brightly painted canvass on which licensee Dave Jobling was going to affix his collection of flags. he did tell me what they were, but I’ve forgot.

Dave has no connection with Weymouth, nor with the hospitality industry. Originally employed in the motor trade in his home town of Northampton, it was only after some friends moved down to Weymouth and a conversation in St Giles Ale House, Northampton that the idea of an entirely new venture in Dorset began to develop. Eighteen months and a bit of homework/research later, Dave’s wife has a new job in Weymouth and they’ve bought the freehold on a second hand domestic appliance shop and living in the flat above their own micro pub.

They only opened on June 30th, hence the work in progress rider, but they seem to have developed a bit of a niche already. More than one or two different people in Lyme and Bridport told me to call in, so word has soon got round.

I was a bit dubious about the beer storage at first, simply casks on auto tilt stillage at the back of the bar with a cooling element and an insulating jacket over, the beer being dropped straight into the glass. I needn’t have, the Convivial Rabbit in nearby Dorchester has the same set up and they’ve got into GBG2019 (I actually predicted they’d get in last years 2018 guide).

The beers in the Doghouse are easily of GBG quality, four visits over a week, never below NBSS 3.5 and some 4’s. £3.60 – £4 depending on ABV. Dave said he liked to support local and regional brewers, sourcing ales directly where possible. There’s twelve casks racked up, but only between four and six pouring at any one time. The empties and racked casks said they did nearly as many Pins as Firkins, which I think is a good idea for a small place and I’m predicting GBG2020 status. 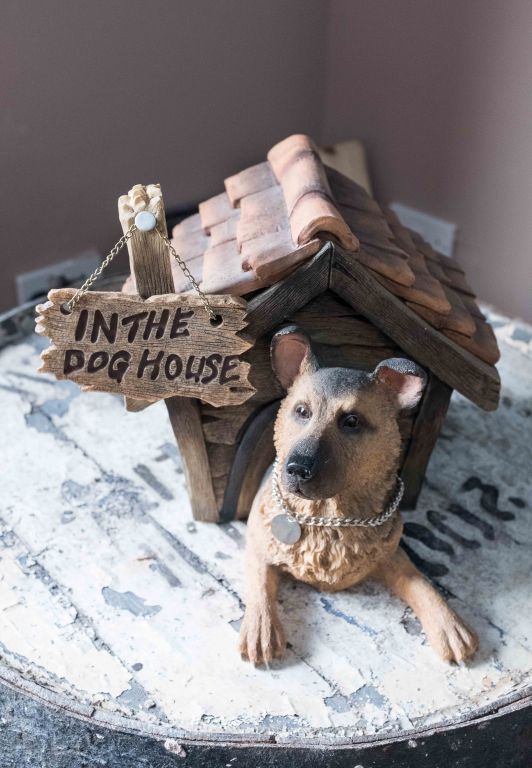 As I said earlier, there’s so much more than beer and I wouldn’t have got my daughter in if there hadn’t been any fruit cider, nor mother without the excellent artisan produced mead. The furniture is a mishmash of tables and chairs, the dusky pink toilets uni-sex, but very clean and tidy and with complimentary feminine hygiene products. It remains to be seen what it will eventually look like, but my daughter would like them to keep the Minions! 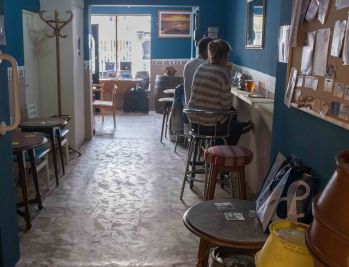 The only caveat is the step three quarters of the way along the single room. Dave told me they were going to close after Christmas for a short period so they could relay the entire floor, so hopefully the nasty trip hazard will go.

Verdict – best place in Weymouth for beer, unless you want mainstream.