I thought this should have been two separate posts – People & Politics. They are, for me, what makes GBBF such a fascinating event and they seem to be the driving force behind the main focus; beer.

Thing is, the more I thought about it the more I couldn’t separate the two. Because lets face it, the one doesn’t happen without the other, does it. 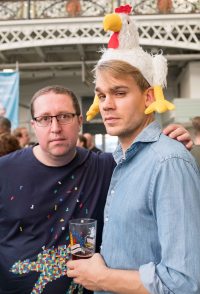 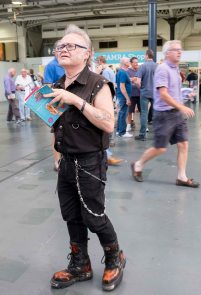 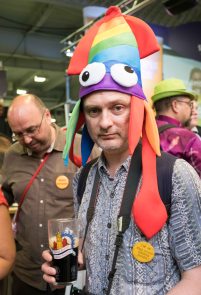 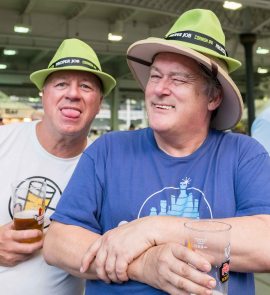 The first stand out for me was the image of the volunteers t-shirts that someone posted on social media before the festival opened; Cask & Keg & Bottle & Can, being the words emblazoned across the front.

Hold on, isn’t that the slogan for Tryanuary, said someone? Er, well yes it is. Same words, same font, different colour way. Nothing wrong with that, er … ‘coincidence’ says Tryanuary in a tweet, which proclaims their independence and distances themselves in any way from CAMRA and SIBA who’s logo appears on the t-shirts.

The CAMRA representative I spoke with was unaware of the ‘coincidence’ and said the design came from sponsors SIBA.

Any backlash from volunteers regarding the naughty word, I asked?

Negative was the reply. Looking round on the Tuesday, compliance looked to be close to 100%, apart from those volunteers/paid staff on brewery bars who wore branded tops. Not on the Wednesday though, when a straw poll revealed slightly better than 60% of volunteers sporting the progressive proclamation. 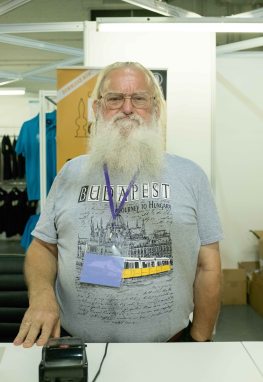 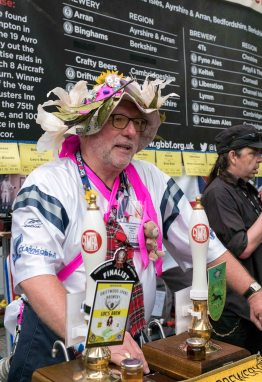 I asked a few people if there was any reason why they weren’t wearing the official uniform?

‘Hygiene’, or words to that effect, was the reply followed by, ‘I had it on all day yesterday’. I can’t fault that and wondered why volunteers at other festivals I’ve attended haven’t adopted this stance? Revitalisation or Revolution?

Secretly, I couldn’t help thinking that there had been a silent backlash, a few hushed conversations in the volunteers bar or in the canteen. There shouldn’t have been, there were relatively few keg beers on, and some tank beer from Budvar with their virtual reality brewery experience, as opposed to many hundreds of cask beers.

The online ‘Live Beer’ list was a good idea too, showing which beers were on, sold out, coming soon. Well, it would have been, but it was last updated on Wednesday 8th August when there were still three days to go?

When I reviewed the festival last year I said, It’s not a criticism, it can’t be, it’s just that the choice of beers is overwhelming; had that, familiar with them, get that anywhere, never heard of them and there it starts.

I got the same feeling again and started wondering where all the cutting edge progressive brewers were. Okay, they were some, but the majority were solid traditional brews from goodness knows where. I love to discover these brewers when I visit different places, but I think the Great British Beer Festival really should showcase more progressive highlights.

James Beeson points this out in his excellent article London Craft Beer Festival v GBBF – Which Came Out on Top?. He’s correct when he says the Five Points and Thornbridge bars were highlights. If you wanted anything else from a progressive brewer you had to search for it, and even then the ones I seemed to want weren’t available at the relevant time. 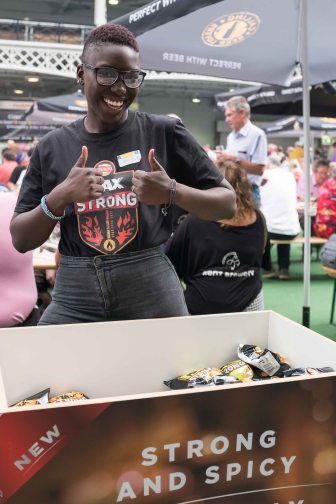 I heard murmurs of politics encroaching into the selection of the Champion Beer. If you think that’s correct then I think you’re wrong. If I ever thought it’s correct, I’d be resigning from CAMRA!

Nevertheless, progressive brewer Siren Craft Brew won the Champion Beer of Britain with their very excellent Broken Dream Breakfast Porter, which sold out as soon as the award was announced.

I spoke with Siren founder Daron Ansley. He said they brew challenging beers, which are not always suited to casks, which don’t always showcase the things they do.

Well, cask does showcase Broken Dream and I thought it was a worthy winner, although it is freely available in keg format too. Daron said the keg version tended to sell better in summer.

I enjoyed drinking the silky smooth runner up, Green Jack’s Ripper and my mind again turned to politics. Ripper might sound a good idea in Great Yarmouth, but what if it went on sale in the excellent Arcadia in Headingley, Leeds 6, close by to where Peter Sutcliffe followed and attacked Dr. Upadhya Bandara?

I got fed up of hearing groans about event sponsor Greene King’s XX Mild getting the best Mild award. Okay, I’ve knocked them in the past and would generally drink something else, but the mild was outstanding, as was their monster 12%, oak aged 5X which deserved to be properly savoured at length. 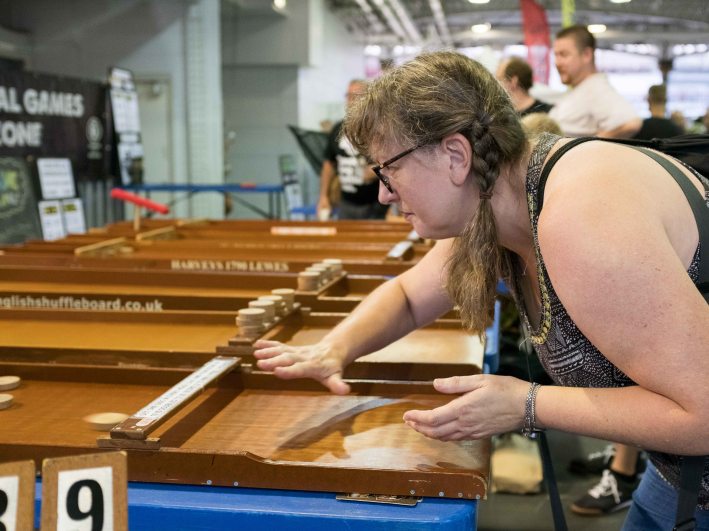 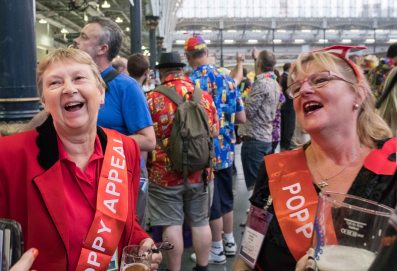 Getting back to people, who thinks that pages 35 & 36 come in between 18 & 19? An error which kept me thinking half the pages in my programme had dropped out. I could go on and describe everything, I won’t, there was just too much going on.

Despite mine, and other people’s moaning, GBBF is an excellent event, and if you didn’t enjoy it there’s something wrong with you.

Just to finish on people, a big thanks has to go out to the volunteers, many of whom give up a whole week of their lives to make sure everyone else has a good time.