Apparently The Kings Head was Leicester CAMRA POTY in 2015 & 2016, so I was surprised when there was no one in at 7.00pm on a Tuesday evening. Well, when I say no one, there were three people in, and one of them was the barman. Despite four of us entering the premises all at once, the number of people (7 including barman) in the pub still didn’t rise above the number of cask ales on (10). 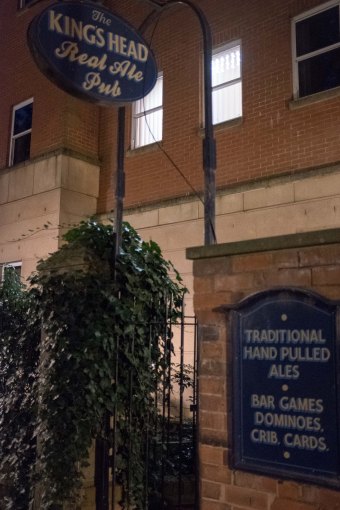 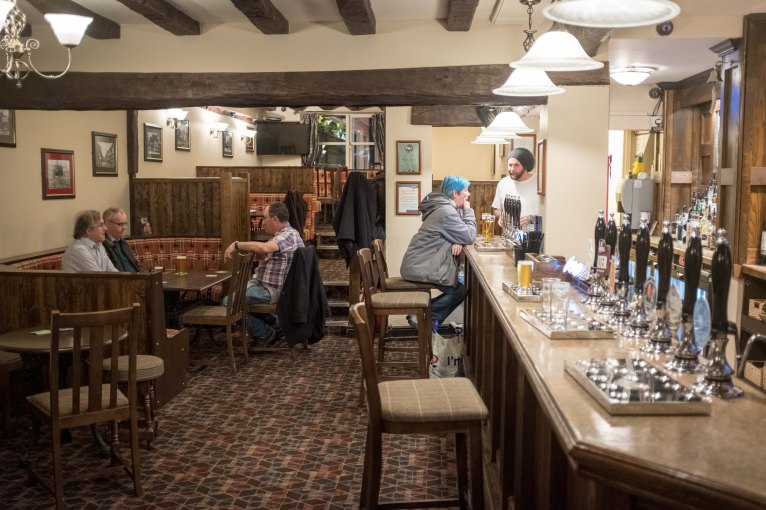 There’s nothing wrong with the pub, it’s clean and tidy, well furnished, but not the first Leicester pub we’d been in that had far too bright, almost dreary lights, that added nothing to the already in minus figures atmosphere. It felt almost like a rural pub, you know the one, in a village full of teetotallers that’s been cut off for a week by the snow. They really should change the name to the Slaughtered Lamb, although I doubt whether the locals would have been hostile, even if there had been any.

I had half of Oakham Bishops Farewell, at £3.30 a pint, it was okay. I wished I’d followed Martin Taylor’s lead and gone for the Brewheadz Electrobeat APA on keg and I’ll leave it at that. By far the most exciting aspect was the ‘live beer board’ that links to the internet, so you can start choosing what you’re going to have the night before, perhaps that’s where all the customers were, sat at home choosing what they could have had? 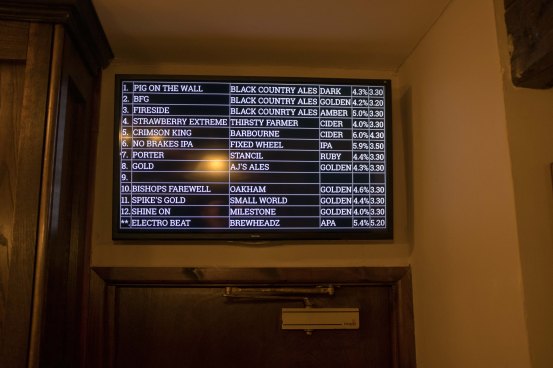 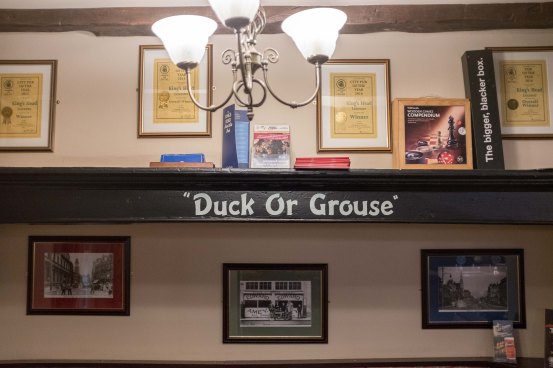 The Kings Head is still in the CAMRA Guest Beer Guide for 2018, but it does not appear to have anymore local accolades since it’s POTY success in 2016. I guess you have to go in before you can vote for it? Maybe that mighty row of hand pulls is frightening everyone off?

I’m probably being a bit harsh here, it’s only Tuesday evening, but for pity’s sake! Wikipedia tells me that Leicester is the 13th most populous urban area in the UK, plus, as I said, the city centre pub’s a recent, twice POTY winner and there’s literally no one in. Is it me that’s just unlucky, or Leicester?