Dorchester and The Royal Oak

Nothing special about the carpet in this Wetherspoons is there? I mean it’s not a bad carpet, and it would probably look better if it wasn’t so gloomy inside, it just wouldn’t win many fancy carpet awards. Definitely not one of Wetherspoons better efforts. Hey ho! I’ll just have to keep searching. I’m just not sure what for? 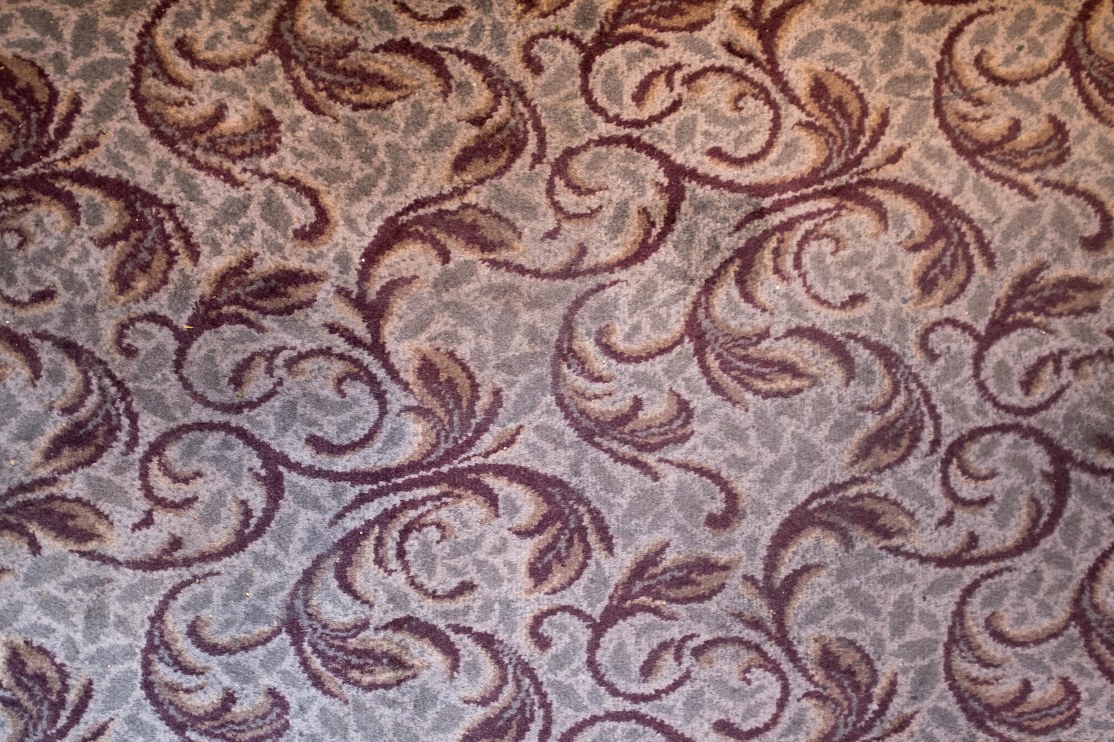 The pub obviously has some heritage, and it looks like it’s been extended into the Georgian style premises next door to make a substantially sized boozer. The old pub bit looks like it may have been a coaching inn with an arched gateway giving access to the rear, where there’s a nice outside seating area. Not many people having a sit down in the sun though. Probably because they’re all inside.

At first glance you might not think you’re actually in a pub at all. If it wasn’t for the bar towards the rear of the main room, which you don’t see until you are at least half way in, you might be forgiven for thinking you’d wandered into a restaurant because more than three quarters of the tables are taken up with people eating; singles, couples, families, workers on their lunch break, tourists, even some ladies who lunch. I wished I’d downloaded the ‘Spoons app, as there was the usual random queue at the bar. 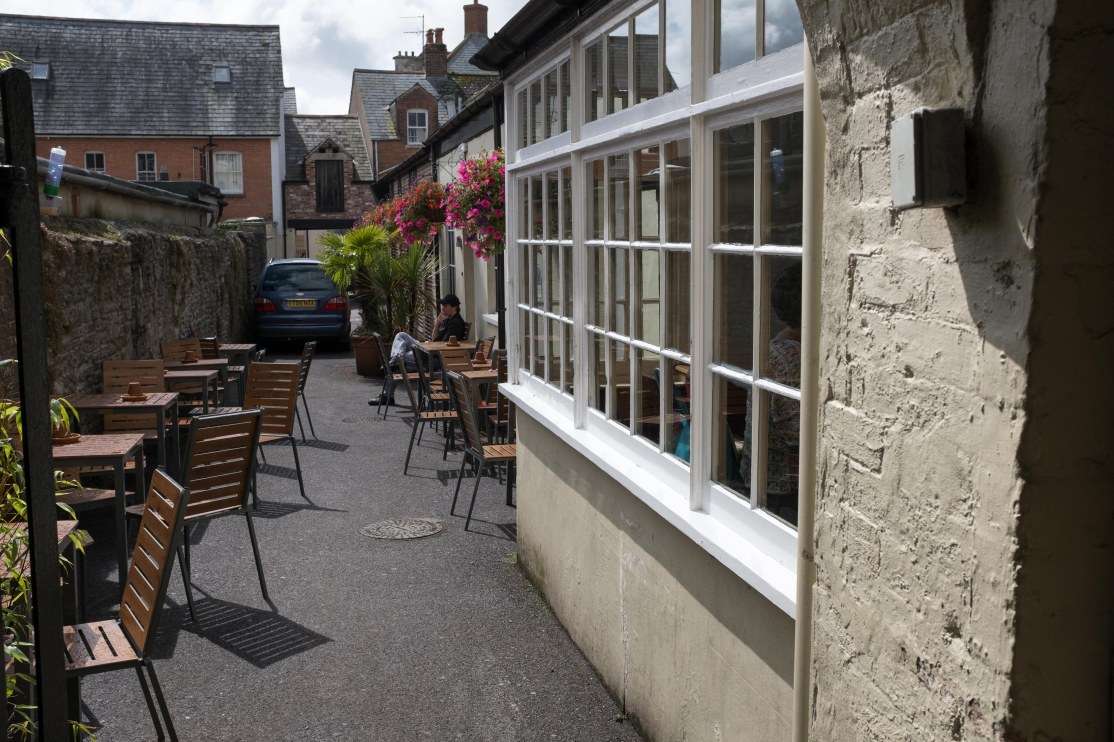 You had to look really closely towards the back of the pub to find the handful of professional drinkers(*) sat with their daily newspapers at high tables. I counted just over half a dozen of them. None of them were on real ales. I couldn’t really blame them though. The selection was only average and consisted predominantly of the usual mainstream standards. I wont elaborate, you all know full well which they are. They should set up some sort of campaigning body to stop a small handful of brewers taking over the entire country!

On a positive, they did have Rooster’s YPA on amongst the ‘available soons’.

I can’t tell you what the beer quality was like because I had a soft drink with my Five Bean Chilli. Although the pub is in the 2017 GBG, there was nothing tempting me.

In fact The Royal Oak sort of summed up my first hour in Dorchester; nothing wrong with it, but it’s nowt special, just a few shops, same as you get in most places. Apparently some writer lived here, but with it being a county town I’d sort of got York, or Chester, or maybe Hereford in my mind; none of these it is. More functional than fanciful.

I mean no disrespect to the good people of Dorchester, and I recognise it’s strong heritage; Maiden Castle is fascinating. The Roman period of Durnovaria equally so, and in Judge Jeffries there is so much potential. Only thing is, there’s nothing really to tell you all this, or anything to point you in the right direction. There weren’t even any people wandering round in Mayor of Casterbridge costumes to drum up a bit of interest and direct you to the interesting spots. Apparently there’s a visitor centre, but I never found it, no mobile data signal on my network and I had to rely on the bit of map I’d downloaded on Wetherspoon’s Cloud wi-fi.

Mind you the CAMRA stalwarts I’d met in Bridport had marked my card, and as well as the three GBG pubs they’d added three more to the list, so maybe there is a bit more to Dorchester than meets the eye? If you follow the next half dozen posts, you’ll find out.

The Royal Oak verdict? Fair to middlin’ Wetherspoon’s with, on my visit, an unexciting selection of real ales.

* I might need to clarify Professional drinkers here. It did cause some confusion when I was talking to other licensees in Dorchester.

By Professional drinkers, I DO NOT mean groups of solicitors, doctors, chartered surveyors, accountants and other people charging fees, who are out on the piss.

Often they may be retired persons, or those supported by social welfare.  They might be people who work nights, unusual shift patterns, or who have suffered and received a compensation payout. They could well be the self employed professional, or middle ranking manager, who makes opportunity to ‘pop out’ for an hour or two in the early afternoon or who ‘does one’ early.

With a few exceptions, you generally never see them ‘worse for wear’ or consuming excessive quantities; they want to come back and do it again tomorrow.

I guess I can/could have ticked several of these ‘qualifying’ boxes at various stages throughout my life, although I have never received a compensation payout or claimed the dole, or any welfare benefits. I do however like a drink during the daytime, at tea time and into the early evening, but remembering some good advice, I ensure I have at least two, and usually three alcohol free days per week and generally do not venture out before 1800hrs.

I hope that clarifies when I use the term ‘Professional drinker’.