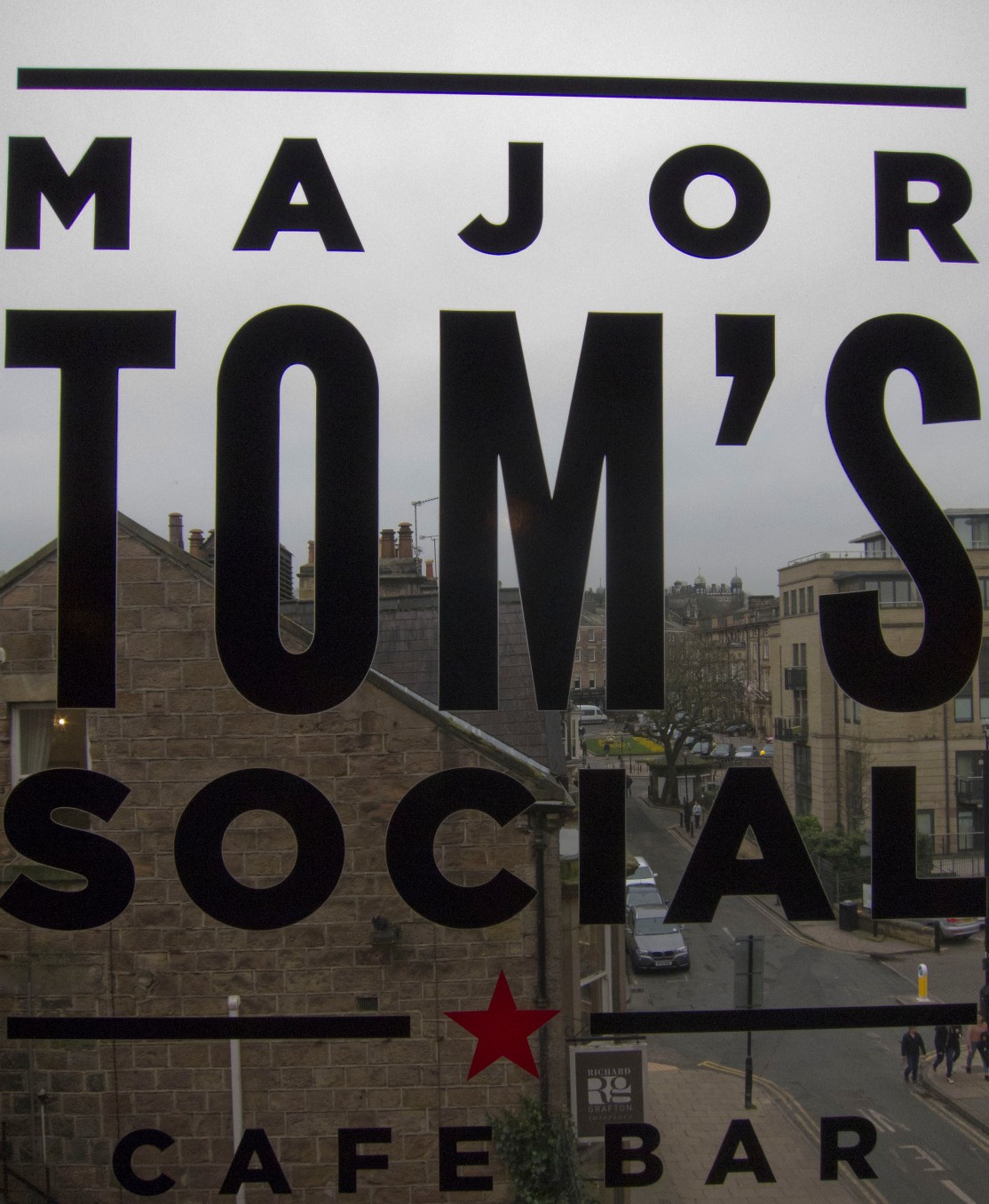 It’s taken me quite a long time to get around to visiting Major Tom’s Social in Harrogate. Probably because I’m a tight git and dislike paying the £7.50 return bus fare into Harrogate when it’s only £4.20 into Leeds and back for the equidistant trip; though I’m past one hundred thousand miles on the Harrogate to Leeds 770/771 bus now.

I’m stepping through the door and I’m thinking, why haven’t I been here before? And there’s nothing I can do, except walk up to the bar and speak to this guy called Josh Molloy, the manager. I ask him if he’s Major Tom, but he says not. He just runs the place and looks after the beer side of things, his girlfriend does all the foody stuff, stone baked pizzas and that. Apparently Major Tom is two guys from Leeds, independent operators, but I’m not so sure? I think I’ve already seen him, a familiar space face, lurking at the back of the quite large open room?

For Harrogate, this bar looks very different. Today, I could be in Leeds instead of the well heeled Spa town? In a most peculiar way, it’s almost like the excellent Record Café in Bradford. Maybe it’s because there’s a vinyl dealer adjacent to the bar room? Thing is, it’s much wackier, more outrageous and funkier than any place in Leeds or Bradford; it manages to achieve a sort of friendly homeliness which places like Belgrave Music Hall probably set out to achieve, but apart from the roof, don’t quite arrive at.

There seems to be a contest going on with the quality Vintage shop downstairs to see who’s got the biggest collection of Scheurich vases; Fat Lava to you. Major Tom outdoes them with the number and quality of retro film posters around the walls though. All different but matching, which is something that can’t be said for the rest of the weird, wacky and wonderful decor. The clientele sort of matched the surroundings, but no one conformed. Some of them had really made an effort. He said, he wanted to know whose shirts I wore, but really I think he was envious; my cap was a pukka Harris Tweed one and I think it blew his mind!

Examining the cask beer list, I really fancied some Moor Beer Hoppiness, but the circuit’s dead, there’s something wrong. What do you mean it’s gone! Instead we shared Major Tom’s house beer by Roosters and Wild Beer Millionaire. I reckon the Roosters was probably Highway 51, but with more and bigger handfuls of hops thrown in at the dry hopping stage? At a very reasonable £3 a pint it was one of the best glasses of Roosters I’ve had in a long time. Millionaire was a little more expensive at £4.20; tell Wild Beer I love her very much, she knows! If I hadn’t been doing a bit of a tour I would have stayed and sampled the Pilot Deeps and the Moor Beer Imperial Entaglement, but with both around the 9% mark discretion became the better part of valour. 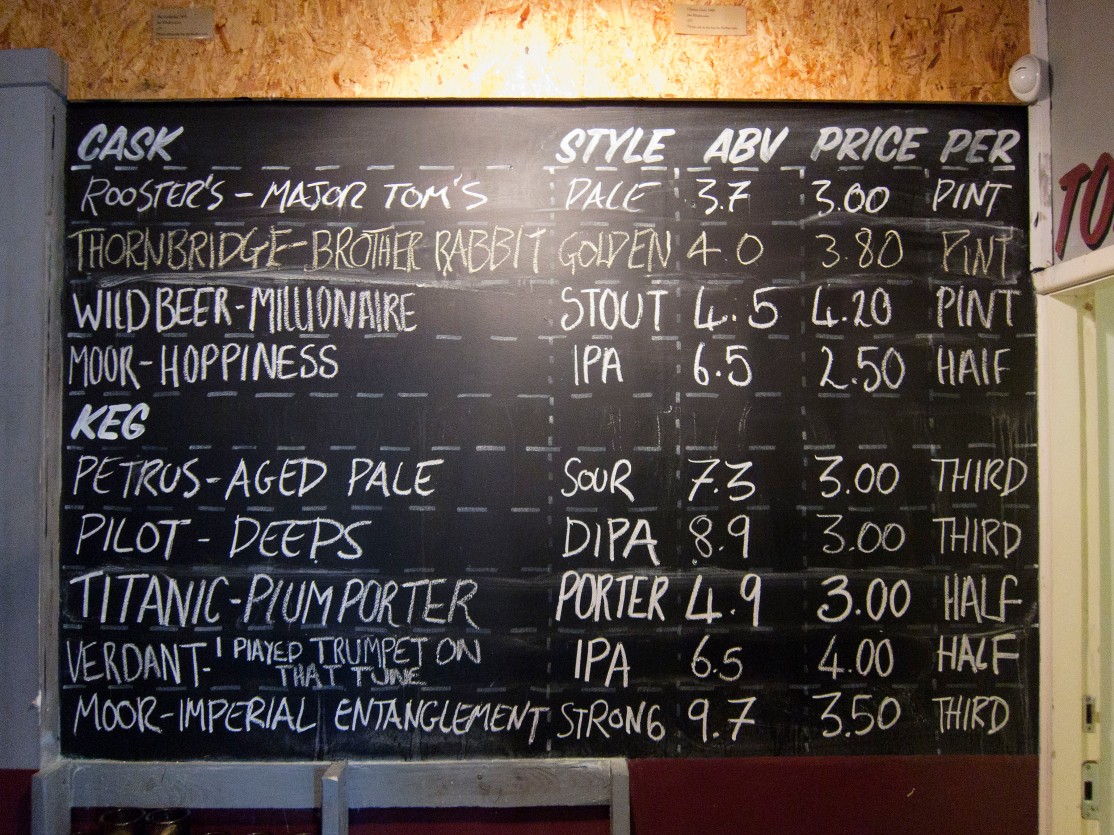 There’s some good traditional boozers and several outstanding, more modern, purveyors of good beer in Harrogate now, but to my mind, even though Major Tom’s Social won’t be to everyone’s taste, it out shades the others in terms of range and quality. Not a vast range, but you don’t need it when you’ve got quality options like they have here. Now I’ve finally been to see Major Tom, Harrogate looks very different today. Shame the GBG2017 only acknowledges the four cask ales and none of the exceptional keg lines!

Eventually I plucked up the courage to go over and talk to him. I told him to take his protein pills, but I couldn’t make much sense of him because he’d already put his helmet on. Can you hear me, Major Tom? No … ! I was sure he was out there … somewhere?