Save The Henry Peacock! 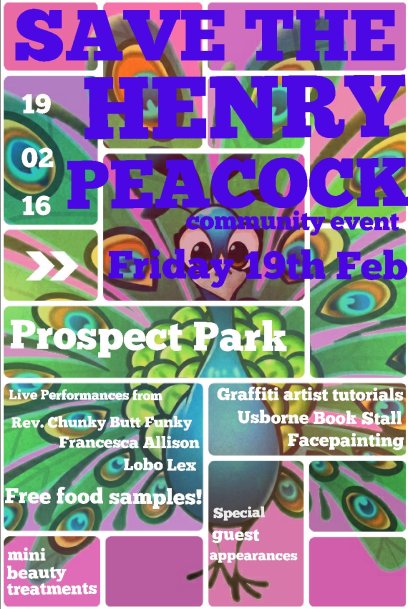 I’m realistic enough to recognise when a pub is failing and I’ll be very honest and say I wouldn’t lift a finger to save an insect trapped in a fluorescent light fitting, you know the one, it buzzes on for a while but everyone knows it’s doomed to undergo gradual desiccation.

But what about the empty pub that someone wants to take on, to revive, to nurture and restore to order and the former glory of years gone by. The one where there’s someone willing to re-open and put a lot of time, effort and money into? Well, it seems that that’s what’s currently going on in Starbeck, Harrogate.

Now, I can remember The Henry Peacock being open, but I don’t recall ever going in, and neither has anyone else since 2012 when Enterprise inns closed it down.

A couple of local ladies thought this was a shame and they identified a need for a good community pub that does decent food in Starbeck, the only current option being the nearby Prince of Wales, which is quite surprising as Starbeck is quite a popular place. Although many would see Starbeck as being just another part of Harrogate, it is a separate and sizeable settlement in it’s own right. Probably most famous to those from out of town as the location of The Yorkshire Tea factory.

Natalie Wilkins said, “It was the location of The Henry Peacock and this gap in the market that attracted myself and my business partner to reopen the building as a traditional gastro-pub, serving a menu comprising of fresh local produce. Somewhere we would be happy to take our own children.”

It was only when they approached Enterprise inns to explore the options for renting the premises that Natalie and her partner Charlotte McLaughlin discovered that it had active demolition approval application and planning permission for two retail units with six flats upstairs. Despite there being vacant retail space on the High Street and Enterprise inns continually advertising for people to run their pubs?

The discovery of this made the two ladies rather suspicious and they did quite a bit of digging. It became apparent an original application to demolish was refused by Harrogate Borough Council, but eventually appealed and upheld by an independent inspectorate in 2012, which is coincidentally about the time the pub closed it’s doors.

It does seem that there has been an active attempt to sell the property but Natalie believes this to have only been a ploy to satisfy Saved Local Plan Policy, whilst also discouraging potential buyers. The advertisement she has found contains contradictory information in the title and description, use of words such as ‘abandoned’, and an lack of knowledge of the attached land and managers flat.

Natalie explained, “It doesn’t seem to have had a lot of effort made by the estate agent; I’ve never read a property advert that states ‘flat comprises of we understand; living room, bathroom, 4 bedrooms, kitchen and office.’ Implying that the estate agent hasn’t actually entered the property. It certainly doesn’t appear the charming local pub it has the potential to be.”

Undeterred the two local entrepreneurs have explored many different ways of saving the pub, including an application to English Heritage for grade two listed status and including the premises in the Starbeck Spa Conservation area. To date neither has been successful.

Natalie told me, “It is unfortunate that Enterprise Inns feel that this property isn’t an asset worth saving in terms of profit, however, we strongly disagree! We see a Sunday carvery, kids fun days, the return of our darts team- a community! For myself and Charlotte this has now become more than just a business idea, its a crusade.”

Now I think it’s a shame that a pub which has been there since 1848, and is synonymous with the railway history of Starbeck isn’t going to be given a chance. Okay, Natalie and Charlotte might not have a track record in pubs, but they are competent and in Charlottes case trained, chefs and from speaking to them they have a real passion, so why not let them take it on and have a go. Unfortunately Enterprise Inns don’t quite see it this way and although they have intimated they will meet they have now stopped answering Natalie’s calls

Officially it looks like their next options are to appeal planning permission and also petition the demolition permission, proceedings due to commence this week.

In the meantime the ladies are gong to hold an impromptu event on Friday 19th February at The Henry Peacock between 12 and 4pm. when  Natalie and Charlotte will be handing out free food samples from their proposed ‘Yorkshire’ menu. There will also be bouncy castles, face painters, graffiti artists, book sellers and music so get yourself along to support the cause.