What are they singing in your Pub this Christmas? 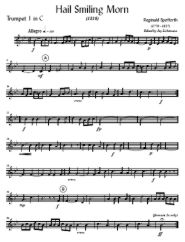 I’m constantly trying to assess what makes pubs tick? Why some places are busy and others struggling. Over the last couple of weeks I’ve spent a fair bit of time in and around Leeds city centre at various gatherings and events; all part of the festive cheer. I’ve been on some good sessions lately, mainly afternoon and early evening. I don’t particularly care for places when they get too busy; queuing at the bar, not been able to hear what anyone is saying, being accosted by well-meaning, or otherwise, drunks. Mark my words, I’m gone well before any queue starts to build.

One of the few times I’m happy in a busy pub is in my own local, wherever that may have been, during whatever époque. You know where you stand in your own local. It’s strange though, apart from the obvious, Christmas eve, Christmas day and the like, even local pubs don’t seem to be as busy as they used to be. They just don’t seem to be the centre of the community any more.

We used to have Carol singing in my current local; hymn sheets, guitars, banjos, accordions, drums, the lot. Unfortunately it ‘died a death’ some time ago when the long time tenant retired, to be replaced by a series of managers. A couple of years back someone tried to revive the tradition. After a written communication to the brewery, Humphrey declared that it could go ahead, providing all the songs were at least one hundred years old. You don’t have to be a copyright lawyer to see through the naive, extremely risk averse strategy of Sam Smiths in this and many other of their petty diktats.

Everywhere used to have a ‘sing’ in the pub at Christmas where I was brought up. Different pubs had different sessions, often at weekly intervals throughout advent. There was no formal organisation, just word of mouth and tradition, which brought people from near and far and the pubs were absolutely rammed. I did think that this was the case everywhere, across the UK? Apparently not, the tradition of local carols in pubs doesn’t seem to happen much outside the Southern Pennines around the North and North West of Sheffield. Places like Penistone, Stocksbridge, Oughtibridge, Grenoside and many other villages across this part of Sheffield and out into North Derbyshire. I can hear people saying, we have carol singing in our pub! Well you might, but not quite like this because these ‘sings’, the local colloquial word, have their own unique carols. Often arrangements of traditional versions, there are umpteen versions of While Shepherds … Seriously, my Grandfather, a keen exponent, knew a repertoire of at least six or seven versions.

One of his, and my own, favourites is Swain Hark an adaption of Hark, Hark, What news … I reckon that the version sung in each locality is slightly different from the next. If you want to get an idea of what I am on about have a listen to Kate Rusby’s album Sweet Bells. Kate comes from the Penistone area and is a big exponent of the tradition, there are several ‘local carols’ on the album, including a version of the Swain Hark and Hail chime on (there is a version of Swain Hark on You Tube, but it’s not local singers and they murder it, so I’m not linking it).

Between the various localities there’s a great variance in not only the way individual songs are sung, but the repertoire of songs themselves. There are many traditional songs sung in the Sheffield area that aren’t really heard elsewhere, and vice versa. Some of them aren’t actually Christmas Carols at all. The Holmfirth Anthem or Pratty Flowers is traditionally sung at Christmas but is neither christmassy nor religious in content. For those from outside God’s own county, Holmfirth is the location for Last of the Sumer wine and ‘Pratty’ is dialectic pronunciation for ‘pretty’. Another with no apparent Christmas message is Hail smiling morn an Easter hymn according to some sources. The You Tube clips I’ve linked here are from The Royal, Dungworth, a noted pub with a singing tradition, where the mixed singers are accompanied. I’ve not been to The Royal, Dungworth , but my own recollections from the Penistone area were that the singers were nearly always male voices, with no accompaniment. This version of Hail Smiling Morn dating from 1904, which is on Wikipedia (to whom I’m also obliged for the above image), is much closer to the choral style renditions I remember.

Another good place to go and hear this local carolling is The Fountain Inn at Ingbirchworth, or The Rag, as we always knew it as kids growing up in the village, where they still have sings on the four Sundays before Christmas. They usually have three, many local, real ales on which are always on decent form when I pop over to see my folks.

If you want to investigate this tradition for yourself there are a couple of excellent websites dedicated to it, Local Carols lists times, dates and venues for forthcoming events. The slightly more erudite, but possibly not as comprehensively updated, Village Carols site contains detailed background and research around the tradition. If you’re not content with You Tube videos then there are several professional recordings of many of the carols, this one from Smithsonian Folkways  is as good as any, and I can actually make out voices of people I know on the recordings from The Fountain Inn.

Anyway, whatever your views on this, one thing is quite obvious. It got people, lots of people into the pubs, drinking lots of ale and keeping the local pub part of local life. The very glue of which the local community is held together with. Will it catch on in twenty-first century Britain and provide a new lease of life for struggling pubs? I doubt it, but wherever it is still going on we all need to keep supporting this and other local traditions because when they’re gone they’re usually gone for good.